Attendees of the 2017 AASLH Annual Meeting can look forward to hearing from two great speakers this year: Darren Walker, President of the Ford Foundation, and U.S. Congressman Joaquin Castro. 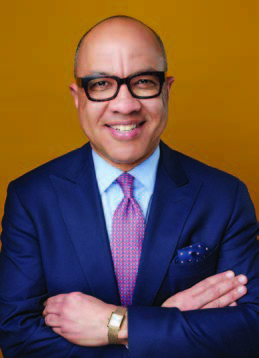 Darren Walker is President of the Ford Foundation, the nation’s second largest philanthropy, and for two decades has been a leader in the nonprofit and philanthropic sectors. He led the philanthropy committee that helped bring a resolution to the city of Detroit’s historic bankruptcy and chairs the U.S. Impact Investing Alliance. Prior to joining Ford, he was Vice President at the Rockefeller Foundation where he managed the Rebuilding New Orleans initiative after Hurricane Katrina. In the 1990s, as COO of Harlem’s largest community development organization, the Abyssinian Development Corporation, Darren oversaw a comprehensive revitalization program of central Harlem, including over 1,000 new units of housing. He had a decade long career in international law and finance at Cleary Gottlieb Steen & Hamilton and UBS. He is a member of the Commission on the Future of Rikers Island and serves on the boards of Carnegie Hall, New York City Ballet, the High Line, the Arcus Foundation, and PepsiCo. Educated exclusively in public schools, Darren received the “Distinguished Alumnus Award,” the highest honor given by his alma mater, the University of Texas at Austin. In 2016, TIME magazine named him to its annual list of the “100 Most Influential People in the World.” He is a member of the Council on Foreign Relations, the American Academy of Arts and Sciences, and the recipient of ten honorary degrees and university awards. 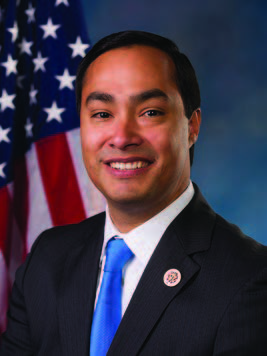 Congressman Joaquin Castro is a second-generation Mexican American raised on the San Antonio’s West Side. The Castro family’s history in the United States began nearly 100 years ago when his grandmother, Victoria Castro, came to Texas as a young orphan. In the spirit of the American Dream, she often worked two and three jobs at a time to be able to give her daughter (Joaquin’s mother, Rosie) and her grandchildren a better chance in life. After finishing high school a year early, Joaquin left San Antonio to graduate with honors from Stanford University in 1996. He then went on to attend Harvard Law School where he received his Juris Doctorate degree in 2000. Upon his return to San Antonio, Joaquin joined a private law practice and was elected into the Texas Legislature. He served five terms as state representative for District 125. In 2012 Joaquin was elected to serve in the U.S House of Representatives as representative of Texas Congressional District 20, which covers a large portion of San Antonio and Bexar County. Now in his second term in the U.S. House of Representatives, Joaquin serves on the House Permanent Select Committee on Intelligence, as well as the House Foreign Affairs Committee. He was the 2013 Co- President for the House freshman Democrats and serves in House Democratic Leadership as Chief Deputy Whip. Joaquin continues to be a tireless advocate for those who call San Antonio home. From supporting military families to investing in education, Joaquin remains committed to helping mold an Infrastructure of Opportunity for San Antonians and Americans around the country.

Learn more about the 2017 AASLH Annual Meeting and register here.