Last October, we received an unusual request that turned into an inspiring story and poignant reminder of the power of history. The son of Perry McCandless, a Leadership in History Award winner from 1974, called our office, requesting a copy of his father’s award.

The original certificate, treasured for forty years, had been misplaced when Mr. McCandless recently moved into an assisted living community. We did a little research and sent a brand new award, just in time for Perry’s 98th birthday.

Soon after, we got this lovely note from his daughter: 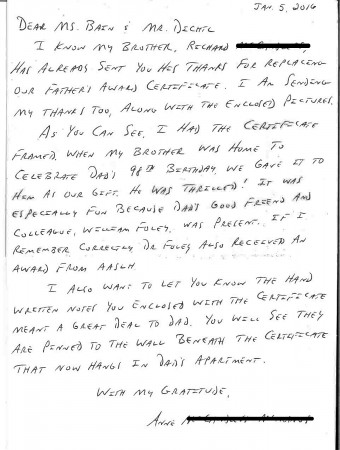 I know my brother, Richard, has already sent you his thanks for replacing our father’s award certificate. I am sending my thanks too, along with the enclosed pictures.

As you can see, I had the certificate framed. When my brother was home to celebrate dad’s 98th birthday, we gave it to him as our gift. He was thrilled! It was especially fun because Dad’s good friend and colleague, William Foley, was present. If I remember correctly, Dr. Foley also received an award from AASLH.

I also want to let you know that the hand written notes you enclosed with the certificate meant a great deal to Dad. You will see they are pinned to the wall beneath the certificate that now hangs in Dad’s apartment.

With my gratitude,
Anne

They also sent a  great photograph! 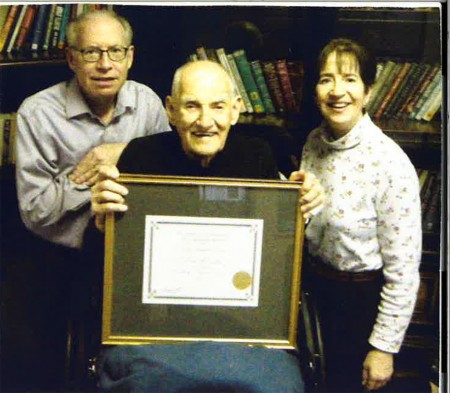 Perry McCandless and his children with his new award

We were so glad to hear Perry’s story, and that his award meant so much to him after forty years. We started our awards program in 1944 to recognize great historical work that uncovers hidden stories and connects people to the past. More than seventy years later, we’re still seeking out the best research, exhibits, and programs every year to celebrate with awards and share as models to the field. If you’d like to submit your or your institution’s project for an award, please visit our awards page. 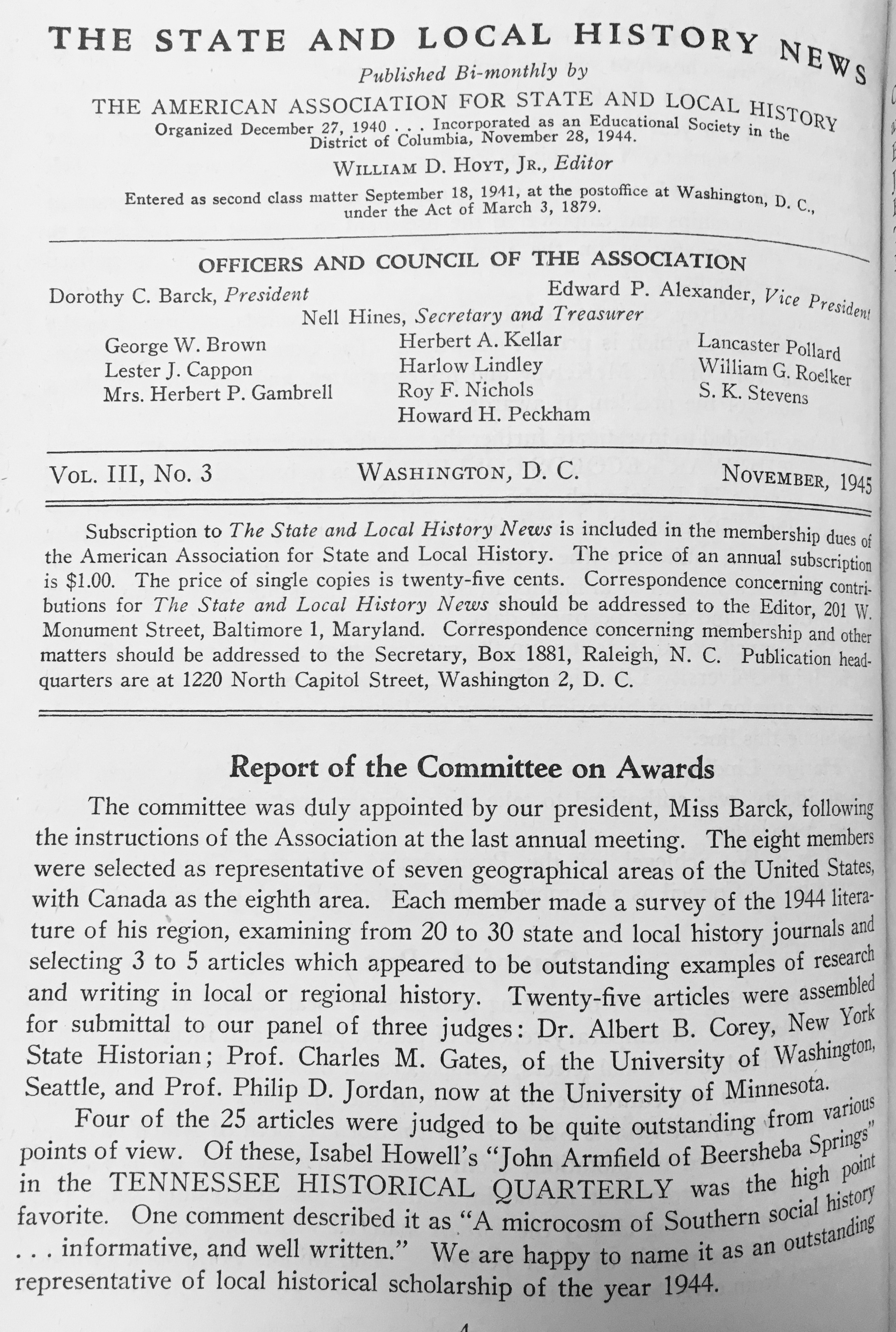