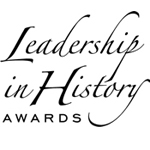 NASHVILLE, TN—June 2015—The American Association for State and Local History (AASLH) proudly announces the winners of the 70th annual Leadership in History Awards, the most prestigious recognition for achievement in the preservation and interpretation of state and local history. This year, AASLH is proud to confer sixty-one national awards honoring people, projects, exhibits, books, and organizations.

“The Leadership in History Awards is AASLH’s highest distinction and the winners represent the best in the field,” said Trina Nelson Thomas, AASLH Awards Chair and Director, Stark Art & History Venue, Stark Foundation. “This year, we are pleased to distinguish each recipient’s commitment and innovation to the interpretation of history, as well as their leadership for the future of state and local history.”

The Leadership in History Awards Program was initiated in 1945 to build standards of excellence in the collection, preservation, and interpretation of state and local history throughout America. Each nomination is peer-reviewed by AASLH’s state captains. Final awards are decided by the Awards Committee, comprised of AASLH’s fourteen regional representatives and the National Awards Chair.

Presentation of the awards will be made at a special banquet during the 2015 AASLH Annual Meeting in Louisville, Kentucky, on Friday, September 18. The banquet is supported by a generous contribution from the HISTORY™.

About the American Association for State and Local History:
Since 1940, AASLH has provided leadership and support for its members who preserve and interpret state and local history to make the past more meaningful. AASLH is a not-for-profit professional organization of individuals and institutions working to preserve and promote history. From its headquarters in Nashville, Tennessee, AASLH works to advance knowledge, understanding, and appreciation of local history in America. AASLH publishes books, technical publications, a quarterly magazine, a monthly newsletter, and maintains numerous affinity groups and committees serving a broad range of constituents across the historical community. The association also sponsors regional and national training workshops and an annual meeting. For more information, visit aaslh.org.