African-American Female Athletes Before Integration: Ways To Chronicle Their History Before It’s Too Late

African-American Female Athletes Before Integration: Ways To Chronicle Their History Before It’s Too Late 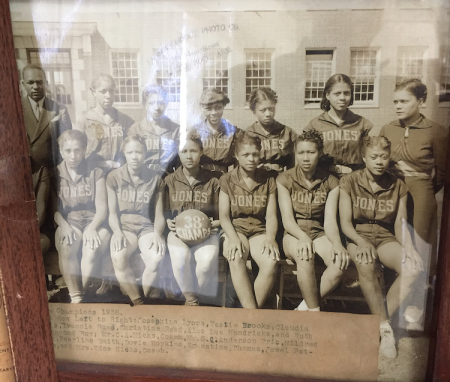 When Alma Byrd won an Arkansas state basketball title in 1939, she had never played on a wood court before.

Byrd grew up in a rural area about eighty miles northwest of what was then called Arkansas AM&N, the host of many black basketball state tournaments in the era. “We didn’t know anything about how the ball would bounce off the floor,” she recalled in a July 2016 interview with KATV. Fortunately, her Menifee Travelerettes team was allowed to practice on the court beforehand. “It felt good,” the nonagenarian said, chuckling. “You got us in there and you could hardly get us out.”

Byrd playing only on dirt before her first state tournament may seem strange to us today. But such a discovery wasn’t unique. The same thing happened with the Leslie High Mountain Ripples, for instance, in 1921. That boys team had only played on dirt before boarding a train to play in the “big city” of Little Rock. Across the nation, no doubt, similar stories can be found involving rural teams coming to town.

What really makes Alma Byrd’s tale unique is that it’s recorded at all. She was African-American, after all. By contrast, the Leslie High boys were white. So, in the Jim Crow era segregated South, they received a relatively large amount of newspaper coverage for fielding such a good team. On top of that, recollections and oral histories about involving its players have been passed down through the intervening decades. This all adds up to a public history account which preserves their legacy.

But African Americans received far less attention in most influential and well-preserved Arkansas newspapers, which were then all white-owned. Some of the papers, notably the Arkansas Gazette, published black sports game recaps and all-star teams — but usually mentioned only male teams and players. Accounts of female African-American high school athletics, especially in the South, are scant. This presents a dilemma for those who want to research an important but under-served realm in public history. Still, it’s vital to conduct this research while the athletes and coaches from the pre-integration era are still alive.

More scholars are doing work in this realm. Books like the forthcoming “Can’t Eat a Medal: Black Women Athletes Under Jim Crow” provide good context for the history of black American female athletes at all levels.

For those seeking community-specific history, a good start is going to Newspapers.com and Genealogybank.com and searching the names of local black high schools, along with keywords like “basketball” or “track” and “girls” or “lady.” It’s also worth trying this: Feminize the high school’s mascot name by adding the “ette” suffix, then keyword search on that.

Your best bet, though, is digging outside of the library.

Many of the old African-American schools have alumni associations which safeguard trophies, banners, plaques, photos, and newspaper clippings which are not available through digital databases. It is often possible to find a contact person for the association through Facebook or calling local genealogists and reference desk librarians.

That’s what I did with Scipio Jones High School, which was the largest black high school in North Little Rock. One of its alumnae, Belinda Burney, allowed me to visit the unofficial museum in its alumni building and take the following photos: 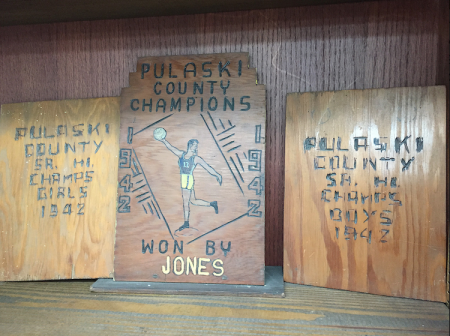 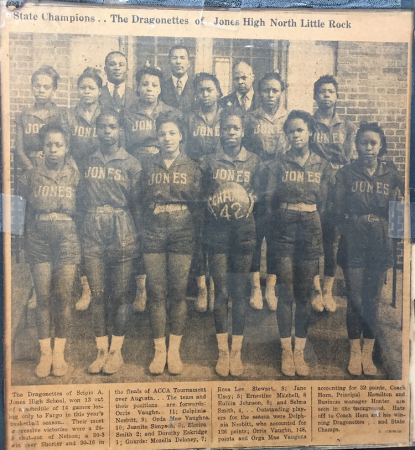 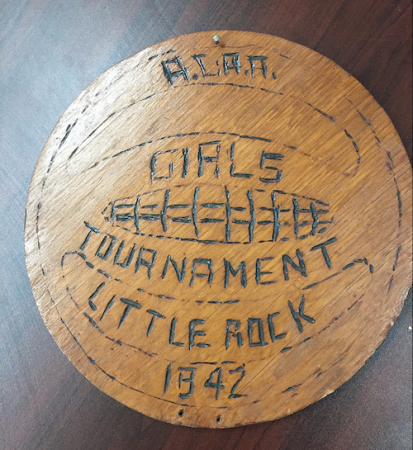 Burney told me that she’d love to give tours to more students and local researchers who want to learn about the high school’s history. Indeed, I have found many alumni who would love to share their schools’ legacies with the public at large. It’s just a matter of getting the word out to people who care. To this end, the Butler Center for Arkansas Studies and I have begun a digital history project commemorating more than 126 black schools across Arkansas. We also have a related project specific to the state’s African-American athletic heritage.

Right now, the sports side is male-centric, but the plan is to add more memorabilia, images, and oral histories like Alma Byrd’s.

Evin Demirel, a graduate of Little Rock Central High School, is a journalist and author of African-American Athletes in Arkansas: Muhammad Ali’s Tour, Black Razorbacks & Other Forgotten Stories. Reach him at [email protected].