The Personal is Professional: Reckoning with Slavers in the Family

The Personal is Professional: Reckoning with Slavers in the Family 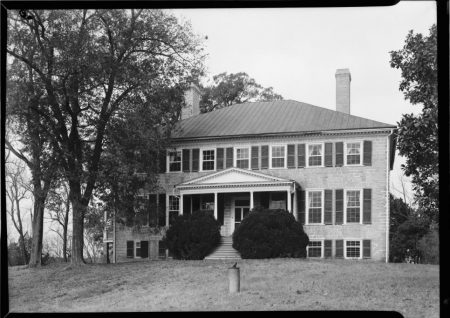 By Sarah Jencks, Director of Education and Interpretation, Ford’s Theatre

My parents are in their seventies, and they still live in the same house they moved into the year before I was born. As the only members of each family to remain in Baltimore, where there are generations of history, they have a house full to the brim of furniture and other things inherited from those who came before, including 15-20 boxes of family papers going back to the late 18th century. This is, in many ways, lovely, but it is also overwhelming when I anticipate the process of moving them out of the house, something I imagine will be necessary in the next ten years. When I contacted the Maryland Historical Society to see if they would be interested in the papers, they asked me to offer information about what was in each box. All this is by way of explaining how I found myself elbow-deep in boxes of family papers, taken from my parents’ attic.

About a year ago, I started to get to know these papers. The intersection of personal history and professional skills – the integration of my critical historical lens with the understanding that I exist and am who I am, not just generally but specifically, genetically, because of these people – has been transformative for me.

The fundamental truth that I must confront, in terms as clear as any I can imagine, is that the comfort in which I live – that afforded me an extraordinary education and ultimately landed me in my current job and life – comes on the backs of hundreds of enslaved men, women, and children who were owned by and worked the land of at least one direct ancestor. According to an 1830 slave schedule I accessed through Ancestry.com, Humberston Skipwith (I am not making up this name) reported that he owned 318 enslaved human beings who worked on his property in Mecklenburg County, Virginia.

This was just one year before Nat Turner’s bloody and historic rebellion against his enslavers, resulting in the killing of sixty white people and close to 120 enslaved people in retribution, an event which took place just two counties east of Mecklenburg. One must imagine the horrors endured by those Skipwith enslaved in retribution for Turner’s actions. By 1863, when he died in the midst of the Civil War, his Richmond obituary called him the largest slaveholder but one in the state of Virginia. I sat with that fact for a bit, and I keep returning to it – it won’t let me go.

Skipwith’s wife had two daughters, Sarah and Helen, and died, leaving behind a one-year-old and a three-year-old. The little girls quickly landed in the home of their childless paternal aunt and uncle, Helen and Tucker Coles, and grew up on a plantation in Albemarle County, Virginia. Helen, the younger sister, was my father’s grandmother’s grandmother. Helen and Tucker Coles, while not direct ancestors, made their way into my life because they had their portraits painted by renowned American portrait painter Thomas Sully in Philadelphia in June 1835. Those portraits, which I grew up loving as they hung on either end of my grandparents’ dining room, turn out to be worth a tidy sum. 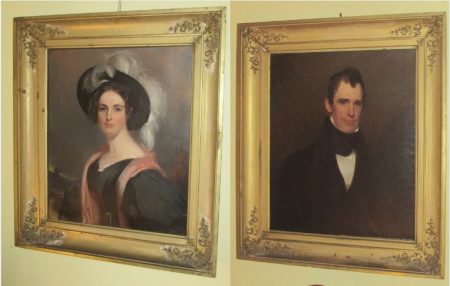 On a Saturday in August 2017, I drove north from my home in Washington, D.C., to Massachusetts to visit family. In the back of my car were two fireproof tin boxes and one cardboard shipping box from the Body Shop – circa 1990 – each one containing an overwhelming quantity of letters and legal and financial documents, many almost 200 years old. On the way, I was glued to the radio, listening in horror to an NPR report on unfolding events in Charlottesville. As I devoured commentaries and additional news of the hateful violence over the next few days, I was also sharing the stories I’d been learning with my family. The various family documents had begun to weave themselves into narratives, and working with Ancestry.com and Newspapers.com, I was learning more than I could have imagined about the lives and personalities of some of the people who made me, me. In time, current events and my growing knowledge of my family’s past began to intertwine.

The portraits of Helen and Tucker Coles were paid for with blood money. While I had long loved to look at them, they have come to symbolize something complex and fraught about generations of white privilege in a very tangible way. Their life in Albemarle County, of which Charlottesville is the heart, crystallized into urgent action. Could we sell the paintings and give the money to an organization working for racial justice in Virginia? Would that have any meaning at all? Among my cousins, it precipitated a conversation (over email, of course) about whether these actions represent an abolition of sins, and how problematic it could be to feel anything like that. I don’t have answers here, but I have spent the months since finding out much of this family history attempting to find the answers, for myself and my cousins. How do we go about choosing where to give the money? Should we be the ones who choose? If not us, then who? And, where does all this fit into the national conversation about reparations?

The reason that I share this story and pose these questions here is that I am beginning to wonder what opportunities and responsibilities exist for us as public history institutions and public history professionals to work with individuals who are confronting these truths. And what obligations do we as public history professionals have to confront and own our personal histories? I’m not alone in asking these questions, as I’ve been lucky to find a few others in the field who are thinking about the same.

As I go through the mundane process of getting these portraits appraised, talking with lawyers, interviewing dealers, and encountering interested museum professionals, these are the questions that are sticking with me. Do they resonate with you? I hope that this post can begin a conversation among us, and I look forward to hearing from you.