Prior to agreeing to reprint my “History Is Not Comfortable” article here on SMOC, I asked if I could also write a post that gave more context to the article. I also wanted to use this as an opportunity to provide a few tips to small museums regarding dealing with controversial issues.

If you’re entering this blog post without having read the previous two blog posts related to it, please read those for background, then head back to this post. (The links will open in new browser windows.)

I thought long and hard about how I was going to handle the anonymous letter that appears in the “History Is Not Comfortable” post, including whether I should respond at all. We received the letter in August 2012 and did not release a response until our newsletter came out in October 2012. I knew I was not going to change the letter writer’s mind about the core issue regarding the acceptance of people in the LGBT community. 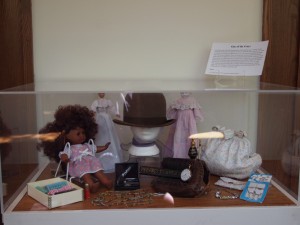 What made a response critical, however, was the writer’s assumption about what was acceptable history. While I could not reply directly to the writer, I thought our members and the general public ought to know where our organization stood about collecting and sharing Morrison County history. We’re serious about representing the history of all of the people of the county, not just select groups or individuals. We also wanted to let people know that we were not going to cave under the pressure of a threat to our financial support. Our mission is our mission. Period.

One question we got after reprinting the anonymous letter in our newsletter is why we would do so, particularly because newspapers won’t. The anonymous letter writer even indicated I had engaged in “really bad journalism,” not about the reprinting of his/her letter, but about what I had covered in my original article. In response to both, historians are not journalists.

While historians do have a responsibility to truth and facts, we also deal in subjective realities because every person has his/her own perspective on life’s events. In some cases, the only way to uncover a person’s “true” feelings is to allow  him/her to be anonymous. We allowed the transgender essay writer to be anonymous in order to collect his story.  By the same token, the anonymous letter writer who attacked our article likely would not have felt so bold about his/her feelings if s/he had been forced to sign the letter.

I decided to reprint the letter in its entirety because I could not have done it justice by merely plucking out quotes to reply to. Also, it stands as an example of the vicious attitudes our LGBT brothers and sisters have had to put up with in order to fight for their civil rights. That letter is a primary source document that tells us a lot about the social milieu in central Minnesota in 2012.

While I can look at the letter with an objective eye now, that wasn’t the case when I received it. I felt personally maligned and was mad as hot spit. I was afraid of further attacks and was apprehensive about opening the mail for weeks, and then again after “History Is Not Comfortable” was released. Here I am, trying to do my job by collecting and sharing the stories of an underrepresented population in the county and I’m getting grief for it.

I made it through a stressful few months with the assistance of other staff and the support of the board. I also received several emails and letters from members who appreciated the “History Is Not Comfortable” article. We on staff also discussed how, ugly as the letter was, it showed that local history is still relevant and can get people thinking and talking. Isn’t that what we want … people talking about history?

With that, I’ll leave you with a few tips for dealing with controversy in your small museum.

1. When presenting a potentially controversial topic, be prepared. Make sure to have the support of your institution. Ideally, you’ll want to talk over ways in which the public may object to the topic and practice responses.

2. When criticized, take time to think about how best to respond. While some situations may call for an immediate response, most situations are not so critical. Taking a day or week (or, in my case, months) to deal with the controversy in a non-defensive way will be to your advantage.

3. Provide support for whoever has been assigned to deal with the controversy. My co-workers allowed me to talk through the situation of the anonymous letter and how I felt. That was crucial to me being able to handle the situation effectively.

4. Realize that if you want to do something important with your museum, you’re going to invite controversy. A quote by Elbert Hubbard sums this up nicely: “To avoid criticism, do nothing, say nothing, be nothing.”