Everybody Has to Eat Lunch, and Other Lessons on Stakeholder Engagement

Everybody Has to Eat Lunch, and Other Lessons on Stakeholder Engagement

I’ve written a couple of posts recently about a program at the Alexander Ramsey House in Saint Paul called History Happy Hour. History Happy Hour is one of the new programs at a dynamic site with a very rich history that came out of a revitalization project. The Ramsey Redevelopment Project used audience research and stakeholder engagement to explore options for new programs and interpretations, new revenue streams, and new operations. 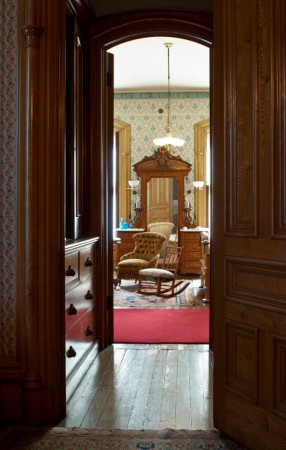 A thing to know about Alexander Ramsey is that his legacy is a checkered one. He was a father, a husband, a popular politician, but was also responsible for some of the most controversial American Indian treaties and policies in our early state history. His words, decisions and policies are still talked about, often cited in letters to the editor about our state’s relationship with tribal governments and Native peoples. For many people, the words “Alexander Ramsey” are emotionally charged. So when we started working on a revitalization project for the house museum bearing his name, we made it a priority to include perspectives from local American Indian communities in the process – in our surveys, focus groups and as a member or members of our advisory steering committee. This was a consultant-led project, but I was responsible for finding potential steering committee members.

I got in touch with a local group called Saint Paul Indians in Action and they were kind enough to let me attend one of their meetings and put the steering committee membership request on the table for members’ consideration. It was, frankly, terrifying because I knew what kind of reception I’d probably get. I went and tried to explain what we were up to: trying to find a more sustainable future for this historic site; trying to tell a fuller story; trying to include the community as much as possible. The response was tepid at best. One man looked me right in the eyes and told me that this historical figure was responsible for the extermination of his people. Everyone else was pretty quiet. But one man named John asked me a couple of follow-up questions and voiced his belief that history is important and that the people who get to tell the stories are in a powerful position. He introduced himself to me after the meeting; I got his email address and followed up a couple of days later. I asked John whether he would consider being a part of our advisory steering committee. He responded by inviting me to lunch to talk about it.

That first lunch was gut-wrenching. He was really challenging me, the organization I work for, and the validity of a house museum and a project that I was really excited and passionate about. But we continued to meet over the next months. Long story short, John eventually agreed to be a member of the committee (though he took issue with a lot of the basic principles of the project and voiced those concerns regularly). That project ended, but we still meet for lunch about once a month. He asked me recently what, if anything, I’ve learned from him. Good question. Here’s what I think I’ve learned.

Ask for help. John told me that the reason he agreed to even listen to what I had to say was that he respected the courage it took for me to sit in that room of strangers and ask for help. It sounds obvious, but in retrospect it was a pretty terrifying moment that I could have easily avoided. This has made me realize the importance of being professionally, intellectually, and emotionally vulnerable.

Ask real questions. Ask open-ended questions. Before ever asking the group to be a part of the project, I probably should have asked them what they think about the historical figure. Or about history. Or about what matters to them.

Cultural differences matter and you should know about them. John gave me a great book about working with Indian people that laid out some basic cultural differences I didn’t know existed. Like maybe don’t always look people in the eyes. Or interrupt them to “add something” because you’re excited. And just because someone isn’t speaking up or voicing an opinion, it doesn’t mean that they agree with you. You just haven’t asked them the right question yet.

Relationships are important. When I ask John how my organization can be better about building a relationship with American Indian communities, he says that more of us should be doing what the two of us are doing: having lunch, getting to know each other and talking – sometimes about history and sometimes not. I let him know that people will say they’re too busy – especially for something with no clear outcome. He said, “Everybody has to eat lunch.” Which is true.

Be willing to start down a path even when you’re not sure where it will take you. John says that a problem at my organization is that we work according to projects. We want clearly defined timelines and outcomes. We’re uncomfortable starting conversations or building relationships that might be extraneous to our daily work. But this is necessary if we want to build sustainable bridges with community groups. Because then it feels more like real investment instead of superficial pandering to enlist people in your own projects.

Be patient. It’s not always clear what community engagement or relationship-building is doing for you. But we should try to trust the process. Even – and maybe especially – when it isn’t a process that we’ve defined ourselves.

Rachel Abbott is Program Associate for Historic Sites and Museums at the Minnesota Historical Society in St. Paul. You can visit the Alexander Ramsey House during the AASLH Annual Meeting September 17-20.
AASLH Contributing Author2018-08-29T18:31:58-05:00