When Now Becomes Then

When Now Becomes Then

Last year, a local historical society asked me to narrate a video they planned to sell as a fundraiser. The society had digitized, edited and spliced short films of the region taken by a local businessman back in 1937.  Since movie cameras and film at that time were too expensive for most people, the society was fortunate to get these films. 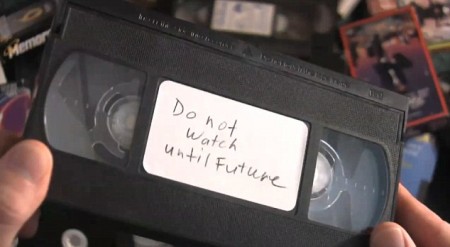 The clips were of villages, schools, students, stores and mills, as well as of the area’s two Civilian Conservation Corps camps. There was even coverage of a fire and rescue drill by the fire company. Little things, such as seeing a gas station attendant wiping windshields and checking oil, had me trying to remember when people stopped providing those services.

As we concentrate on preserving history for the future, it’s easy enough to take our present world of “selfies,” shopping malls and smart phones for granted. But when all those places and things have gone the way of railroads, hometown department stores and quartz crystal radios (and they will), someone will surely look upon our times as their “good old days.” Is anyone actually filming today for posterity?

This photographer didn’t realize how much we’d appreciate his documentary of the seemingly mundane. He was capturing his time for his contemporaries, not for us 75 years later. He didn’t identify anything or anyone. They knew who and where the subjects were. We don’t, other than recognizing a few extant storefronts and landmarks, or relying on the faded memories of those school kids from long ago.

Google Maps’ aerial and ground views are fine, but they’re incomplete. Is anyone archiving all those images before they’re updated? Perhaps you could have a small army of amateur videographers take street-by-street, house-by-house views of your town. You may also want to intersperse the shots with interviews of neighbors, asking them to “say hello to the future,” and share what they think is important.

Undertaken as a community project, this sort of video time capsule would be an interesting (and relatively inexpensive) way to raise our neighbors’ historical consciousness. Not only would it make us all aware of our immediate landscapes in ways not always seen, it would also help us appreciate the role of change in our lives.

So how can you make your successors’ jobs easier if you were to undertake a similar project? Here are a few suggestions, although I’m sure you can add a few of your own:

We’ve all seen people slap themselves on the head, wishing they had caught an image or made a recording for posterity. With photographic technology so cheap and available, what better gift could we give our tomorrows than a slice of today?

Bruce Teeple is a freelance writer, editor, local historian, speaker, gardener, wine maker, chicken farmer, and columnist for the Centre Daily Times in State College. Pennsylvania. A graduate of Penn State in history and political science, he served for nineteen years as curator of the Aaronsburg Historical Museum before joining AASLH’s Small Museums Committee. He is currently researching and writing As Good as a Handshake: the Farringtons and the Political Culture of Moonshine in Central Pennsylvania. His latest work is “Slavery In Post-Abolition Pennsylvania….And How They Got Away With It.”