Message from the Council Chair: On AASLH 2015

Message from the Council Chair: On AASLH 2015 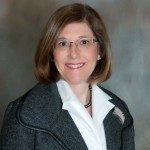 The 2015 annual meeting theme, “The Power of Possibility,” was crafted by program chair Kyle McKoy of the Indiana Historical Society. The annual meeting host committee, chaired by Scott Alvey of the Kentucky Historical Society, has planned activities and events to match the theme’s creative tenor, and to envision new possibilities for the history field.

The theme is truly fitting for our times and resonates with optimism. What can we look forward to and what choices do we have, as history workers, to push forward to a future where history matters more? How can the power of history move us as citizens and as a nation in new directions? The History Relevance Campaign kicked off with a landmark statement outlining seven values for history, which AASLH endorsed in order to enrich the possibilities for a future where public polices, educational systems, and lifeways elevate and profoundly embrace the power and the work of history.

In the summer of 2015, we witnessed a nationwide discussion about the historical symbols and landscapes that were designed 150 years ago to commemorate the memory of the American Civil War. For weeks, the nation was wrapped up in town hall meetings, social media conversations, broadcast programs, and newspaper commentaries about how the citizens of the United States have come to reconsider the meanings of these statues, flags and symbols. As fall approaches here in Louisiana, the debates are still passionate and museum workers, college professors, and historic site managers are being called upon to help moderate the discussions and to offer new perspectives and suggestions on how to respond and answer, “What happens next?”  How do we remember the hundreds of thousands of lives lost in the war, the trauma of slavery, and the Union North and the Confederate South? Who do we hurt when commemorations are exclusive? Who do we hurt when attempts are made to silence parts of history?

The questions may not be new to those of us in the history field, but the freshness of the summer debates were born from the hate crime and murder of nine innocent people gathered in a South Carolina church for Bible study. A social media image was soon found of the assassin standing with a Confederate flag. These murders and a rash of exposed police killings of African Americans from around the nation reignited many long-running debates throughout the nation about the historical symbols we have been living with on a daily basis.

The summer’s tensions have raised a national conversation about the memory and history of the Civil War and its memorials. This conflicted conversation and infinitely many more will depend on the power of how we do history. As we go forward with the work we do as members of AASLH, now more than ever, perhaps, we recognize that history has the power to chart the possibilities for our future.

With you, AASLH is moving in new directions, energized in knowing the power of possibilities.

See you in Louisville,

Julie Rose is Director of the West Baton Rouge Museum in Port Allen, Louisiana and serves as AASLH’s Council Chair.