The Pleasant Hill Shakers and the Power of Possibility

The Pleasant Hill Shakers and the Power of Possibility

The legacy of the Pleasant Hill Shaker community has often been assessed exclusively through their material culture.  However, each physical item is inseparable from the people who used these items while alive.  During its century of existence as a Shaker community, more than 2,000 people called Pleasant Hill home – each with a unique background, experience, personality, set of quirks, hopes, dreams, desires and reasons for being a part of this endeavor.  It’s this uniqueness that makes their accomplishments at Pleasant Hill are so striking!  They are a completely un-relatable group of people who were all drawn for some reason to the community.  And, they all in some way helped to make history at Pleasant Hill.

The Pleasant Hill Shakers were made up, in part, by the following people: 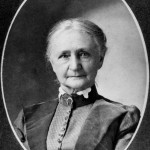 What brought a single mother, an orphan, a former soldier with mental instability, a slave, a health nut, a drama queen, and a guy who didn’t like dogs together in one place?  If there was a reason beyond religious conviction, we will never know for sure.  But one thing is for sure about this motley crew: it isn’t exactly the kind of group you would assemble if you needed to save the world.  And yet, they created and maintained their own amazing world at Pleasant Hill.

If there’s one lesson I learn from these people, it’s this:  sometimes, a very random group of people can make history and a disparate group of everyday people can achieve seemingly impossible results.  It happened with the Pleasant Hill Shakers.  And, it can happen for those of us practicing history in our organizations today.

Come to the AASLH Annual Meeting to learn more about how the power of possibility has infiltrated the world of history organizations, and how groups of regular people are achieving impossible results!

Come early or stay late to Louisville and spend an extra day visiting Shaker Village of Pleasant Hill, a place where the impossible did happen, and still happens today!