Greetings from Detroit: A Message from the 2016 AASLH Annual Meeting Host Committee

Greetings from Detroit: A Message from the 2016 AASLH Annual Meeting Host Committee

In the waning days of the year 1900, Detroit mayor William C. Maybury had an idea. He wanted to create a time capsule that contained a complete record of life in the city at the time to be opened 100 years later. In addition to detailed reports on the state of manufacturing, culture, religion, and high society, Maybury asked a few key community leaders to prophesize what Detroit would look like in the year 2000. 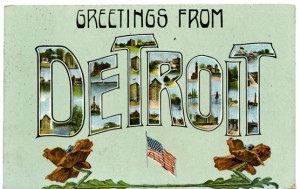 Some got eerily close to the truth, like Orrin Baldwin who predicted that “factory products will be largely transported in Air Ships.” Others got it very wrong, like the Police Commissioners who declared that “prisoners, instead of being conveyed to the several police stations in Automobile patrol wagons, will be sent through pneumatic tubes, flying machines, or some similar process.”

Most were unabashedly optimistic, like the industrialist and art collector, Charles Lang Freer.  He wrote: “I see Detroit ablaze with the radiance of more perfect and higher life; brilliant with the light of shining ideas and noble actions – gracious in simpler and truer relations between men – useful in broader and countless ways.” 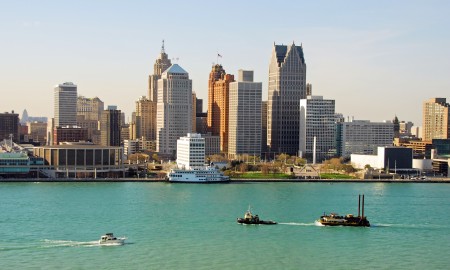 All expected that the small city of Detroit, with a mere 300,000 residents at the time, would flourish as an industrial center. By 2001, they all stated, Detroit’s population would skyrocket to four million! Industry would be king, and Detroit would rival New York City in size and influence on the nation and world.

We all are historians, so I don’t need recount to you how Detroit’s progress through the twentieth century veered off course from these projections. But I will say that, when Detroit mayor Dennis Archer opened the time capsule on December 31, 2000, the city’s population had dwindled to 950,000, its reputation as the automotive capital of the world was in shambles, and the city rivaled New York City only with its crime rate. 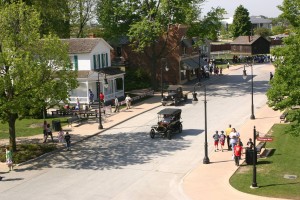 Main Street at The Henry Ford

At the start of the 21st century – just over a decade ago – Detroit was known internationally for its poverty, blight, economic disparity, racial disharmony and political dysfunction. It was not, as Freer had prophesized, “ablaze with the radiance of more perfect and higher life.”

I know what you are thinking. You’re wondering, “What kind of sales pitch is she giving us right now?” Bear with me here.

In deciding exactly how we wanted to invite you all to Detroit – our hometown, our pride – we thought it may be best to honestly acknowledge and address what many of you are undoubtedly thinking, “Why on earth would AASLH go to DETROIT?”

Here’s why: the Detroit of 2016 is the perfect laboratory to explore issues of radical change and rebirth: something that we, as a museum field, face in our jobs every day. 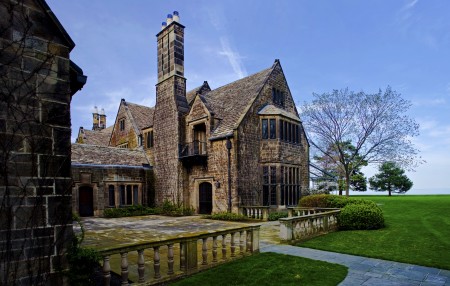 Just as we are doing in our own museums, Detroit is constantly evolving and embracing new opportunities, while reacting to forces beyond its control. Detroit is navigating this post-industrial world where the rules of engagement seem to have changed overnight. As Program Chair David Janssen so eloquently stated in his Annual Meeting theme description, we face “an unpredictable future, [which] requires periodically re-thinking our direction. In doing so, we must rely on the past for context, examples, and inspiration.”

I would argue that we, both museums and the city of Detroit, are succeeding in these transitions. In Detroit, the city has faced the lowest lows, but it is also coming back with reinvention and innovation. Let us show you:

We are so excited to host you in Detroit! Over the next few months, your host committee will be posting blogs here that show the city we love from every angle. You’ll hear a bit about our history and our culture, as well as learn more about the exciting tours and events we have planned.  We look forward to seeing you this September in the Motor City for The Spirit of Rebirth!