Re-Imagining the Historic House Museum: A Workplace for Women

Re-Imagining the Historic House Museum: A Workplace for Women

I was impressed by the work and thinking that is going on in this corner of the museum world.

But something was missing, something left unexplored. 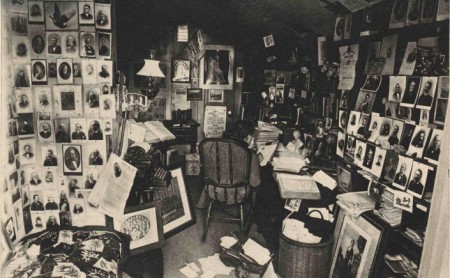 I come to this discussion with some background, having served on the board at the Frances Willard house museum in Evanston, Illinois. The house museum is filled with the furnishings of Willard and her mother, as well as the remnants of the museum created by the Woman’s Christian Temperance Union to memorialize Willard, their long-time leader.

Though Willard lived there, its real significance lies in how she used it as a workplace and informal headquarters for the WCTU during the years of her involvement in the organization (from its founding in 1874, through her Presidency beginning in 1879, and until her death in 1898). Though the WCTU always had official headquarter buildings in these years, Willard viewed her home as a “branch” location. Often there was a handful of WCTU workers living in the annex portion of the house, and many more came to work there each day. 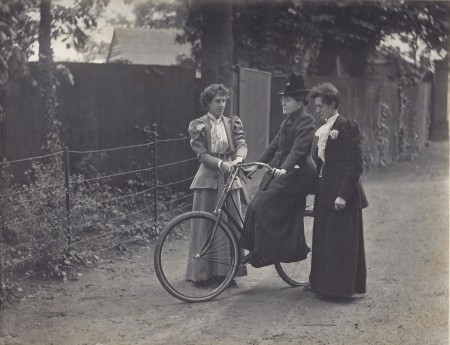 Francis Willard on her bicycle. Image Courtesy of the Frances Willard Historical Association

But back to the current discussion about house museums and that missing link.

Several assumptions animate this discussion, as revealed in the May 2015 Public Historian, including that:

Knowing the story of the Willard House, I began to see what was missing: any discussion of the reality of how these houses truly functioned for women.

For women like Willard, who consciously used her home as her workplace, the house was an extension of her activism and reform spirit. Many other women activists, writers, artists, etc, would have had much the same relationship with their homes, especially in that time period. But even for women who were not like Willard at all, those millions of women who were “simply” daughters, sisters, wives and mothers living at home, the house was to varying degrees a place of work. And then certainly for servant girls and all the other women on the staff, their working life defined their inhabitation of the house.

The current discussion on house museums needs to consider that for thousands of years, the home functioned not only to shelter women (some would say to entrap them), but as their primary workplace. 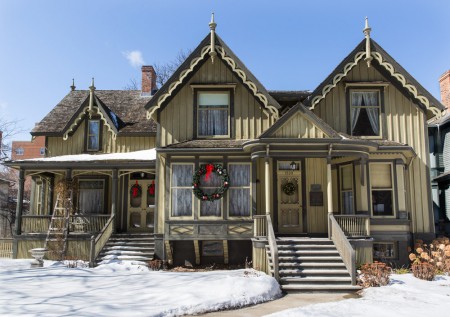 For the most part, the labor required at this workplace was hidden and the story of the women who did it was left untold and devalued. The current discussion also carries with it an underlying nostalgia for “home” – the lost home of our childhood (if it was a good one). But for the most part, this nostalgia could only be felt by those who didn’t have to work to create this home – the men and children who inhabited the space but did not work there.

The desire to make the historic house museum feel more “homelike” – with smells of baking bread, beds to sleep in, couches to sit on – is forgetful of the fact that someone had to work to make the home and that someone was most likely a woman.

I believe we are truly at a watershed moment.

If it is true, and I believe it is, that “the veil between past and present is at its most permeable in a place where families lived and loved, thrived and died” then we must also be sure to show how the work of these places happened. We need to uncover the true story of women’s lives at all historic sites but especially at the houses where they lived, and more importantly worked.

Nostalgia for a lost home will not bring us there…