Hesitant to Discuss Religious History? Not at Kalaupapa

Hesitant to Discuss Religious History? Not at Kalaupapa 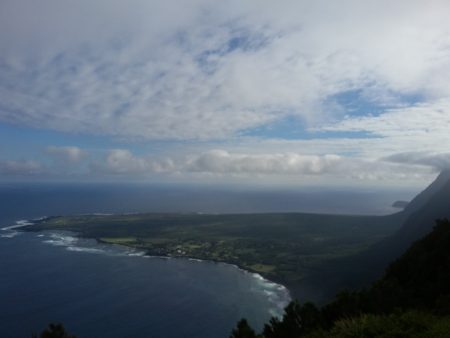 In our relationships with co-workers, friends, and family, there are generally two topics we’re inclined to avoid: politics and religion. For museums and historic sites, discussing politics—or more appropriately, political history—with visitors is an essential part of their interpretation and programming. Religious history….well, that is a different story. There are many reasons why we avoid discussing religious history with our visitors. We may feel uncomfortable discussing a faith that we, ourselves, don’t understand. We may avoid the subject so we don’t unintentionally offend our guest. We definitely don’t want to cross that clear and unmistakable boundary line dividing church from state, especially if we work for a government sponsored organization.

Throughout my career I’ve visited many places where I thought I would hear some religious history. Most frequently I expect it on tours of historic homes where religious artifacts or imagery is found on the walls, mantle pieces, and bookshelves. Unfortunately, these items are often ignored by guides and visitors are left to wonder if the items are just furnishings or if they held significance to the family or individual who once lived there. It is easy to avoid these little objects, but what if you had something larger. What if you had a church? Not just one church, but several religious structures from multiple faith based groups? And, by the way, two people associated with the history of the site are now canonized by the Catholic Church. What do you do? Do you embrace this history, or run from it? 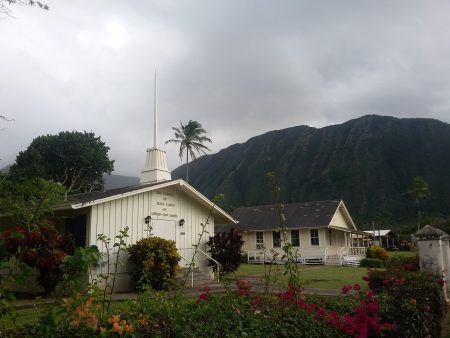 This is one of the issues the National Park Service is successfully confronting at Kalaupapa National Historic Park.

In 1865, with the approval of King Kamehameha V, the legislative assembly of Hawaii passed a law setting aside a place to quarantine Hawaiians afflicted with Hansen’s disease—leprosy. The site selected was the remote Kalaupapa peninsula, on the north side of the island of Molokai. Isolated from the rest of the world by imposing cliffs on one side and the ocean on the other, the peninsula has been home to more than 8,000 individuals since 1866.

I knew very little about Kalaupapa before I visited the site late in 2016. I knew it only as a leper colony, and I had heard terrible stories of lepers being thrown off boats far from the peninsula and left to swim on their own to the shore. Fortunately, I learned that those stories are untrue, but the truths I learned still spoke of sorrow and gloom. The story of Kalaupapa truly is sad and heart wrenching, but it is also a story of hope and faith. 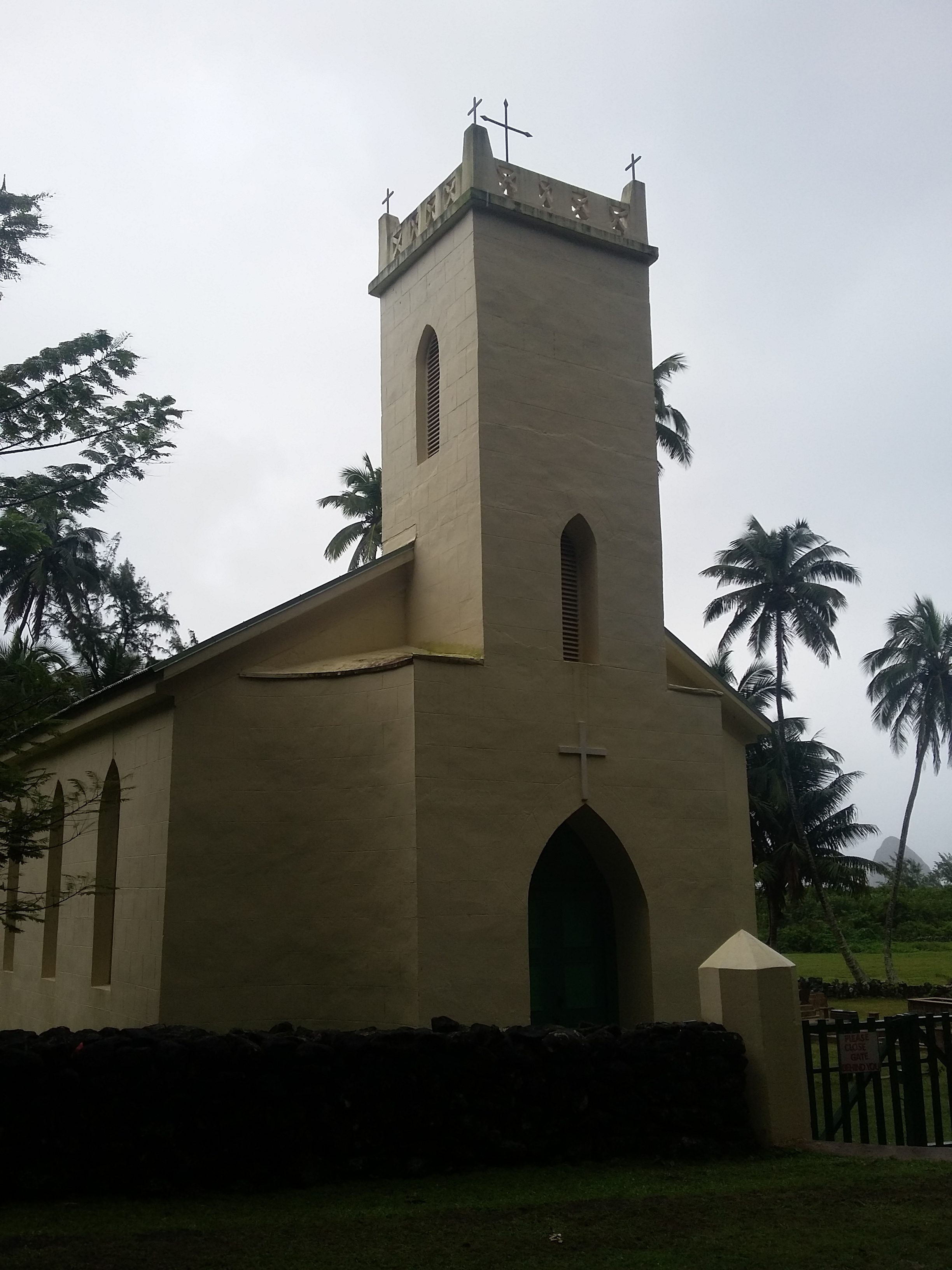 For many of those exiled to the community, their faith in God strengthened and encouraged them to continue living each day. Following the pattern that Jesus Christ set in the New Testament, religions sent clergy to minister to those afflicted with the disease. Soon congregations of Catholics, Protestants, Mormons, and Buddhist met on the island. They built churches, held services, and ministered to the exiles.

From these early beginnings, religious faith played a vital role in the story of Kalaupapa. Through the efforts of Father Damien, Mother Marianne Cope, Jonathan Napela, and many others, living conditions on the peninsula significantly improved. A number of those who went to serve and uplift the sick, like Father Damien and Jonathan Napela, contracted the disease and died on the peninsula. Many others lived out their lives on the island, serving and bringing hope to those afflicted with the disease. 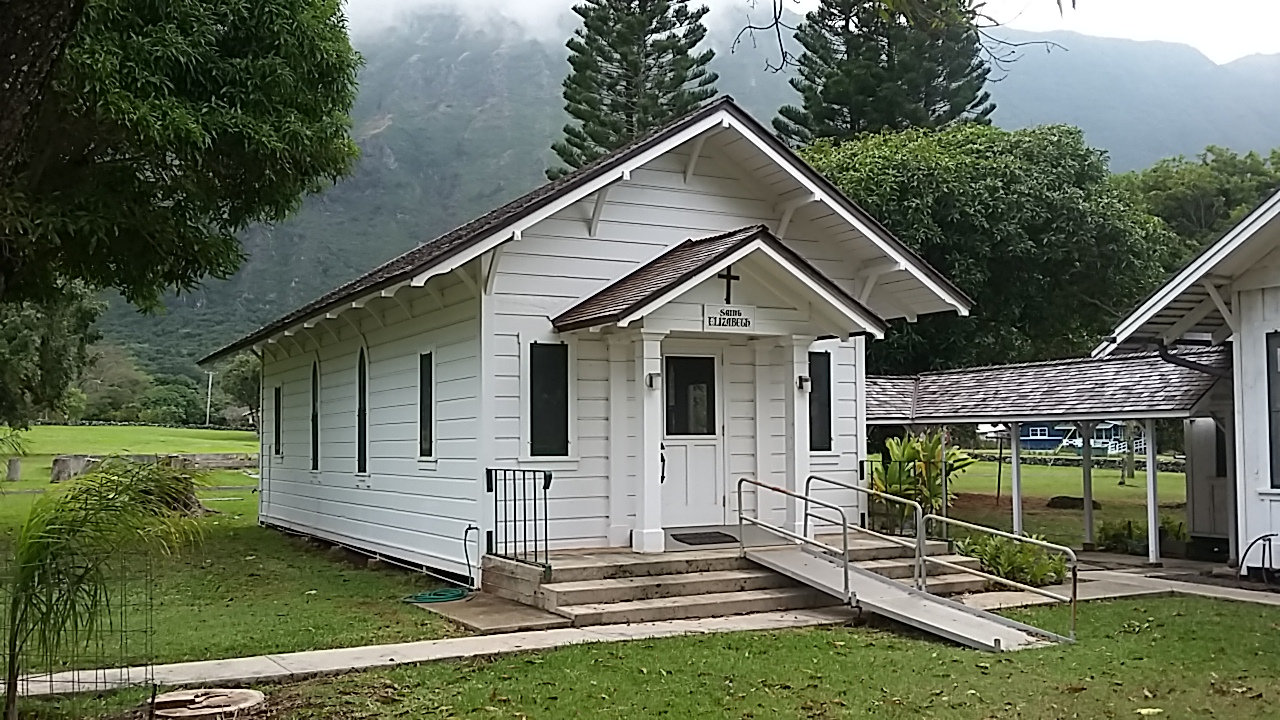 The history of Kalaupapa a story of those who, though exiled, found hope and comfort in their religious beliefs and through those who ministered to them. It is also a story of people of faith who devoted their lives in the service of the sick. The landscape of Kalaupapa, from the numerous churches dotting the land to the cross perched atop the crater overlooking the peninsula, speaks of the role religious faith played in the community. This history is embraced by the National Park Service. Tours visit the sacred places where those afflicted with the disease gathered and worshiped. Interpretive signs share the history of the religious structures and of the people who frequented them. Visitors to the bookstore learn that the building played a role in the lives of people on the peninsula when it was the Buddhist Hall, not just another building.

Regardless of their personal beliefs, (and without being offended) those who visit Kalaupapa leave the site with an understanding and appreciation of how faith played an important role in the lives of the patients at Kalaupapa and those who came to serve them. 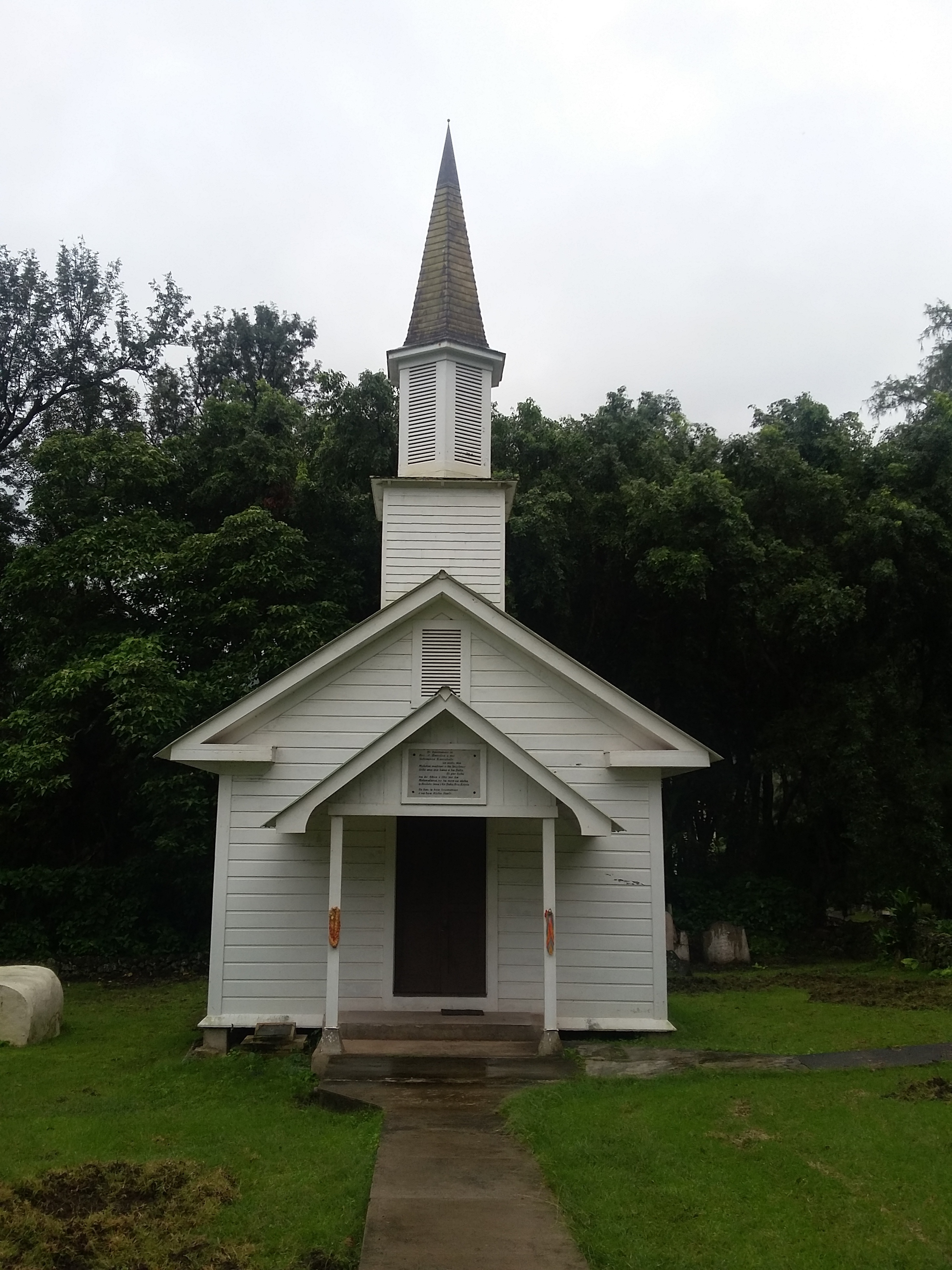