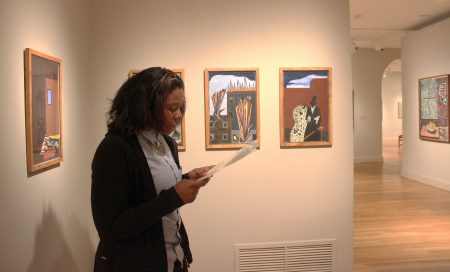 A Real World History student at the Phillips Collection

The idea for Real World History came to me on a bus, and like so many good ideas, I borrowed it from someone else. Retired northern Virginia history teacher Jim Percoco, wrote a wonderful book called A Passion for the Past, which I started reading on the bus ride home from a summer teacher workshop. Page 11 set my brain on fire: Jim wrote about the applied history course he’d created with an internship component. I thought the idea was genius, but I was also bothered by the notion of students from the Washington, D.C., suburbs coming into the city and “taking” internships at museums and historic sites to which D.C. students needed exposure. I’ll never forget one of my first field trips in D.C.; I had to help one of my students buy a fare card because she had never ridden the Metro before.

When I started work working at Center for Inspired Teaching, I realized that I had an opportunity to create my own applied history course for D.C. students that would connect them to our city’s many museums. Such a class would be a perfect opportunity to further Inspired Teaching’s work around engagement-based instruction and the idea of the “student as expert.” Students would be able to “get their hands dirty” with history.

Real World History, launched in the fall of 2014, serves 15-30 students each year from high schools around the city. It is D.C.’s only citywide, credit-bearing course. During the fall semester, we come together twice a week to study the Great Migration via an oral history project. Each student interviews a Black Washingtonian who moved here before 1970, records and transcribes their interviews, and writes an analysis and reflection paper. In December, staff members from museums and historic sites visit our class, and each student interviews with three to four sites. After those interviews, I work with the students and partners to make internship placements for the spring semester. Currently, students are interning at the following sites, among others:

Next, you’ll read the perspectives of three people involved with different aspect of the program: an internship supervisor, a former student named Nora, and a parent. Nora’s internship experience lived up to what I had dreamed for the students when I first imagined Real World History: she conducted original research at a historic site and presented it to docents; it is now part of every public tour. 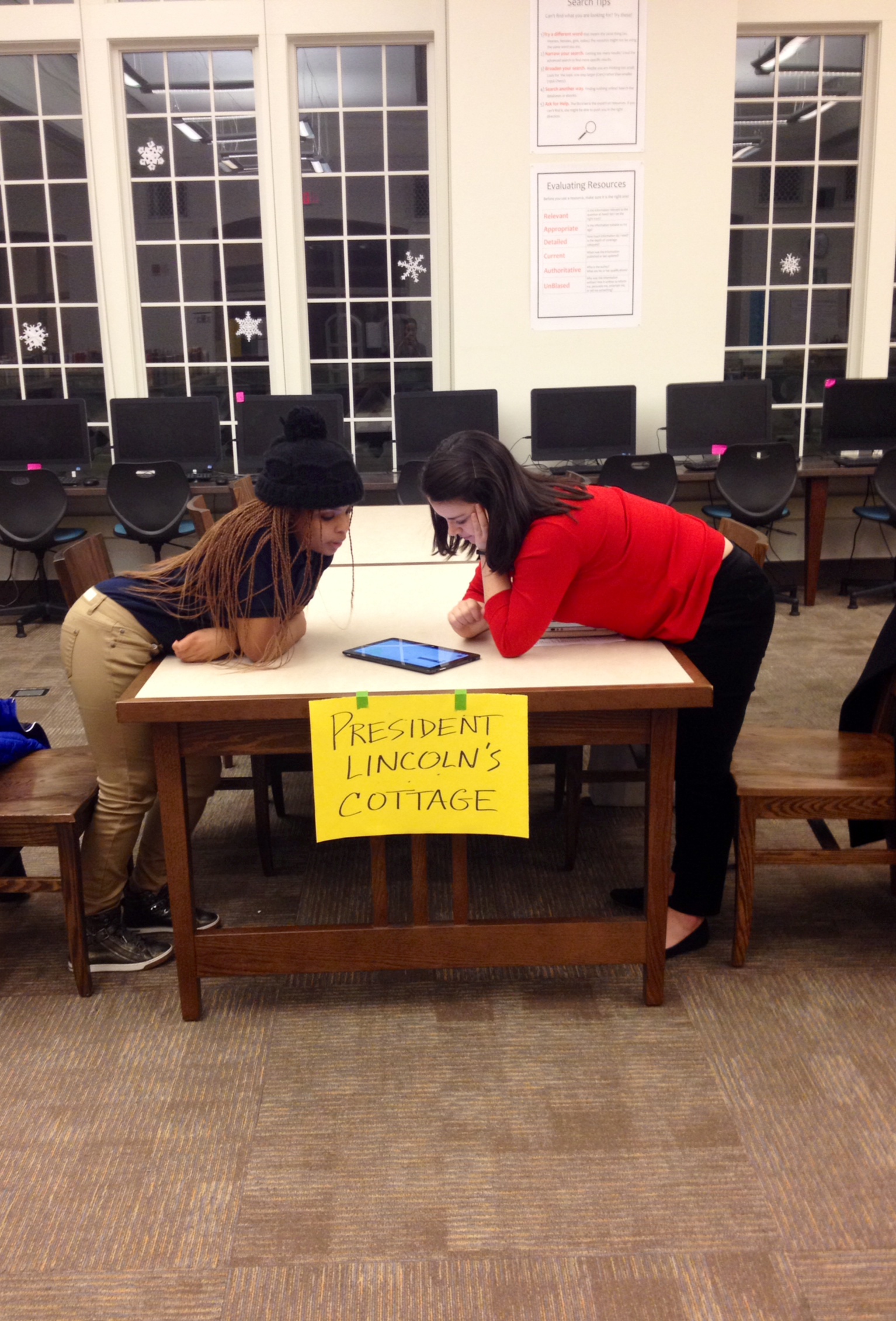 Tudor Place was thrilled to welcome an intern from the Real World History program last year. Nora matched our enthusiasm for history and embarked on research into one of the mansion’s most prominent owners, Britannia Peter Kennon. She took a women’s history angle on Britannia’s long widowhood and independence and contributed valuable information to the site. Nora also stepped outside of her comfort zone and learned to give tours as a volunteer docent. Her skills grew over the course of the semester, and by the end, we considered her a colleague in public history.

When I arrived at Tudor Place as its first high school intern, I was intrigued by Britannia’s story… Born at Tudor Place in the early years of the new republic, Britannia lived for nearly a century. Her decades-long ownership of Tudor Place, from 1854 to 1911, preserved its history and legacy for future generations. She was widowed fourteen months into her marriage and never remarried. In a time when the social status of women was so closely connected to the status of their fathers or husbands, why didn’t Britannia remarry? What might her motivations have been? These questions formed the basis of my research project for Tudor Place and the culmination of a year of Real World History.

Our daughter gained so much from her participation in Real World History. When she began, she was a newly arrived immigrant and not familiar with American history or the Civil Rights movement. She was often shocked at what she learned, but it gave her much insight into issues facing the U.S. today. It gave her context for understanding race issues and a foundation of comprehension that she will need as an outsider integrating into society.

The program allowed the students to see history as a story unfolding, with characters they could relate to. The interview process allowed the students to engage with an individual who had been through difficult times and been successful personally and professionally. The internship was a wonderful opportunity to practice speaking to the public about things she learned.

As we prepare for our fourth year, we look to expand the number of participating museums and historic sites and to help other localities open their doors to high school interns. At its best, programs like this will change not only the lives of young people but the institutions in which they intern.

Cosby Hunt is a native Washingtonian and the Senior Teaching & Learning Officer at the Center for Inspired Teaching. He is the course creator and instructor for Real World History and also works with BLISS: Building Literacy in the Social Studies. He taught social studies for 13 years at Columbia Heights Educational Campus, where he led the department as well as the tennis and debate teams. Cosby became National Board certified in 2006.