How Aid to Norway During WWII Transformed Into a History Museum

How Aid to Norway During WWII Transformed Into a History Museum

To outsiders and insiders alike, it can sometimes appear that the history of Norwegians in America is fraught with conflict, the results of which are a plethora of educational, intellectual, religious, artistic, and social organizations.  Yes, the institutions, organizations, and clubs were (and still are) plentiful, but so is the passion and spirit, as well as what seems to be an innate sense or ability to mobilize quickly around a cause for the good and benefit for others. 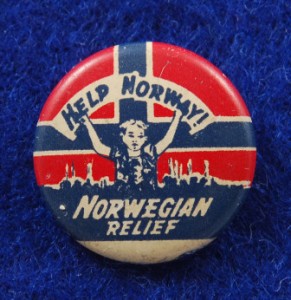 After the German invasion of Norway on April 9, 1940, Norwegian Americans quickly organized themselves to help their relations and continued to do so throughout and after World War II.  One such aid organization was Norwegian Relief, Inc., which began as a corporation for collecting and channeling contributions to Norway.  Funds were collected for supplies, food, and housing for Norwegians suffering as a result of the German occupation.  The organization also collected books for Norwegian soldiers and sailors.  The organization’s head office was in Chicago and there was a committee in New York.  There were also state chairs and leaders in the following states:  AZ, CA, CO, CT, DC, IL, IN, IA, KY, ME, MA, MI, MN, MO, MT, NE, NJ, NY, ND, OH, OR, PA, SD, UT, WA, AK.

Many people and organizations contributed funds to Norwegian Relief, Inc., including churches, social groups, and fraternal organizations, such as the Sons of Norway and the Daughters of Norway.  Arthur Andersen, well-known at the time for his public accounting firm in Chicago, led the contributions with a gift of $25,000.  Captain Torkhild Rieber, New York chairman of Texaco Company, personally contributed $25,000 and persuaded his company to match his gift with an additional $25,000.  The American Red Cross donated $45,000 and the Chicago Norske Klub donated $30,000.  In January 1941, Kirsten Flagstad, the renowned Norwegian opera singer, gave a concert in Chicago to benefit Norwegian Relief, with net proceeds of $5000.  She was also supposed to give a benefit concert in New York, but she called this off because of her resentment at people taking offense to her singing in German for the benefit of Norwegians. 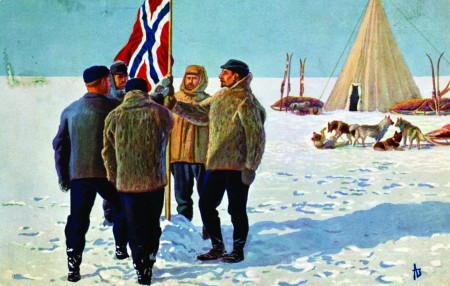 In 1943, several organizations merged with Norwegian Relief, including Camp Little Norway Association (Minneapolis), Friends of Little Norway (Cleveland, OH), and Norwegian Seaman’s Christmas and Relief (New York).  After using the name “Norwegian Relief” (Norgeshjelpen) from 1940-1943, the President’s War Relief Control Board suggested making a name change to include “American” in the name.  The new name was American Relief for Norway, Inc. and the organization coordinated large drives for clothing and shoes and also helped support the Norwegian Sewing Room in New York which sewed and knitted to contribute to the needs of various Norwegian institutions.  American Relief for Norway sent medicine and medical equipment to Norway and kept the public well-informed about the situation in Norway and the progress of relief work, relying on Norwegian-American newspapers and periodicals, including Decorah-Posten, Nordisk Tidende, Viking, and Norsk Ungdom, to help publicize its efforts and the conditions in Norway under German occupation.

Passion, spirit, and the ability to mobilize around a cause for the good and benefit for others could describe any number of organizations in the United States and very likely describes the one or ones you work for or with.  Thank you and congratulations to AASLH for the continued passion, spirit, and mobilization of good people, good works, good programs, and good stories that help all Americans make the past more meaningful.