Charles Carr, a local newspaperman and citizen scientist, founded the New London Public Museum in New London, Wisconsin in 1917. His goal at first was to create a natural history museum to educate children about the wider world using the taxidermy specimens, rocks, minerals, shells and fossils he had collected. Shortly after opening, the community started donating local history items and the museum became a multi-disciplined, public museum.

I started working as museum director in 2009; the director’s position is the only full-time position. The assistant director/archivist works 21 hours per week and the program coordinator works 10 hours. The museum is open five days per week, seven hours a day during the summer and adds three hours on Saturdays during the school year. 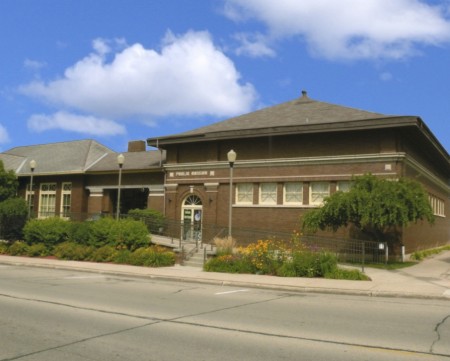 Our annual budget is under $100,000. We are a small museum with limited resources. When I heard about the StEPs program from AASLH, I knew this would be a great opportunity to educate the board of directors about operating a museum. The City of New London owns the museum and the seven-member library/museum board of directors, a volunteer commission appointed by the mayor, governs the organization. The responsibility of governing a library and a museum can sometimes be overwhelming for a seven-person board.

We embarked on the program in 2010. Although the NLPM is a public museum and StEPs is geared towards history museums, it was still an incredibly useful tool. As the board worked through the various sections they began to realize how museums function behind the scenes. They also learned more about what needs to happen to improve the museum and better serve its public. StEPs became the “expert” in the room, often supporting and backing up my recommendations.

One of the nice things about the StEPs program is that it is flexible in how an organization chooses to use it. Although the board of directors dealt with most of the sections, with others it made more sense to form a different type of work group. For example, I used the Interpretation section as a guide for a staff retreat. The staff took an entire work day and went through the section, honing our ideas for programing and interpretation at the museum. I reported the results to the board. I chose to do this as it is the staff that sets interpretive goals and works to achieve those goals. This arrangement worked very well.

With sections addressed by the board of directors, we dealt with one or two standards at each monthly board meeting and slowly worked our way through an entire section of the workbook. For the Audience section, the board held a half-day retreat to delve into the topic. We completed the Historic Structures section at one board meeting as it was not as relevant to our museum as the other sections.

As we finished each StEPs section, I integrated the projects that needed to be completed into the museum’s strategic plan. As we worked on various tasks, we continued to use the StEPs workbook as a benchmarking guide. We wrote new policies to the best standard possible and tested our revised policies against the workbook’s standards. It took about five years to complete the entire workbook. We continue to use the StEPs workbook to guide us.

There are a few things I wish I had done differently. One was to not work on the program during board meetings, but instead set aside a half- or full-day retreat that focused on one section in its entirety. We found it not only difficult to focus on the standards during board meetings, but it also made the process longer and less cohesive. Another would be to promote our accomplishments more by sending information to our community after the completion of each workbook section. Something I now need to figure out is how to inform new board members about the program and the work we accomplished.

I would highly recommend the StEPs program to small museums, especially volunteer-run institutions. It is a great way to have an “expert” guide your group and is a neutral voice in conversations that can sometimes turn to debates about how to properly care for and run a museum, historic house or site.