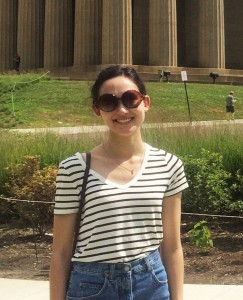 Makiki Reuvers is the summer Archives Assistant here at AASLH. Her primary project during this internship is to process and streamline AASLH’s on-site institutional files. Makiki is also working on several smaller projects, including researching and plotting the geographic history of the AASLH from its inception to the present day (which is more complicated than you might think).

Makiki came to AASLH and Nashville last month as part of the History Museum Fellowship Program at the Minnesota Historical Society (MNHS). She is a lifelong resident of Minnesota and completed her B.A. this spring at the University of Minnesota–Twin Cities, where she majored in History with a second major in Studies in Cinema and Media Culture and a minor in Religious Studies. In the fall, Makiki will enter the University of Pennsylvania’s PhD program in History, where she plans to continue with academic research on Early American spaces in which people of varied cultures/religions mingled and interacted. You can reach her at [email protected]. 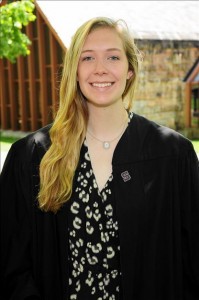 Caroline Montgomery just joined AASLH as the Annual Meeting Intern. In this position, Caroline will help plan this year’s Annual Meeting in Detroit, serving as the coordinator for the 2016 Online Conference as well as helping to compile the Onsite Program Guide Book.

Originally from Houston, TX, Caroline moved to Tennessee four years ago to attend Sewanee: The University of the South, which is just a short drive from Nashville. In May, she graduated cum laude with a B.A. in American Studies. Before graduating, Caroline completed a senior thesis titled “Knowledge as a Commodity: Selling the Culture of Education in the Interwar and Postwar Period.” She also traveled abroad to Turkey, Greece, and Italy with Rhodes College and Sewanee’s European Studies Classical Program. Caroline spent a lot of her time at Sewanee competing on the Volleyball team in the SAA Conference. Before coming to AASLH, Caroline was an active member and Teaching Assistant at the Houston Museum of Natural Science and a Legislative Intern at the Episcopal Office of Government Relations in Washington, DC. Caroline found out about AASLH through her Public History Professor and is excited to start her professional career here. You can reach her at [email protected].