Lessons from a Museum Merger

Lessons from a Museum Merger 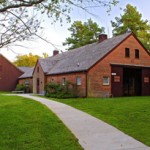 I could write multiple posts about why it became necessary for Portland Harbor Museum to merge with another museum. In this post, however, I want to focus on some of the lessons this director learned from participating in a successful museum merger.

1. As museum leaders, we need to be enterprising and decisive.
Although museum board members often have experience in sophisticated matters, we need to take personal responsibility for our own sites. When I became director of Portland Harbor Museum, it should have been clear to me almost immediately that the museum needed to come up with a creative solution to ensure the long-term security of the museum’s collection. The museum’s financial stability had hardly improved in its first seventeen years. After serving as director for the next five years, I asked the board if I could approach Maine Maritime Museum about a merger. Looking back, I wish I had taken that step sooner. A museum director can’t wait for someone else to take the lead.

2. We should embrace the opportunity to collaborate.
Many of us fear the compromises necessary when working together. We talk about the value of collaboration in the museum field, but we train our museum staffs to be wary of any disclosures upon which most successful collaborations depend. We closely guard our membership lists. We’re reluctant to share program ideas with the competition down the street because we fear they’ll steal them.

In most cases, we overestimate these threats. In tough economic times, we need one another. Now more than ever, it’s critical for the public to understand and appreciate the value of what we do. We can achieve more together, speaking with a unified voice, than we can accomplish separately.

The merger depended on fearless collaboration. Maine Maritime Museum could have rejected our suggestion that a merger would be mutually beneficial. They could have competed with their smaller rival and hoped for our eventual demise. Instead, they saw the value in discussing a resolution that strengthened their institution while saving another’s mission. Ultimately, they understood that the public perception of all museums would suffer if we allowed Portland Harbor Museum to close without some plan to safeguard the collection and continue our programming.

3. We underestimate the value of establishing personal relationships with our peers.
Throughout my tenure at Portland Harbor Museum, I derived tremendous benefits from collegiality. Lunches and dinners with other museum directors provided a welcome respite from the day-to-day pressures affecting the director of a struggling institution. It wasn’t mere coincidence that one of those “other museum directors” played such a critical role in Portland Harbor Museum’s eventual merger. Whenever I think that I’m too busy to get together with friends from other museums, I remind myself that the perspectives gained from these interactions are more valuable than the time lost.

Mark Thompson is the Executive Director of Jefferson Patterson Park and Museum in Saint Leonard, Maryland. This blog post was drawn in part from an earlier article by the author that appeared in NEMA News.