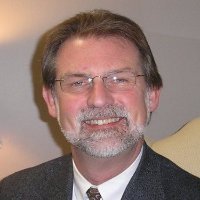 The Monroe County History Center is pleased to welcome David G. Vanderstel, Ph.D. as its new Executive Director.  David has over thirty years of leadership experience in historical research, higher education, and not-for-profit administration.  He is an Adjunct Assistant Professor of History in the Department of History at Indiana University-Purdue University Indianapolis where he has taught for thirty  years.

“I’m very honored to have been selected to lead the Monroe County History Center,” David said.  “The organization has a distinguished reputation for preserving local history and engaging the public.  I look forward to working with our members, numerous volunteers and interns, local educators, our donors, and the community to build on the successes of the Center.”

David’s previous experience includes work with the National Council on Public History where he served as Executive Director for nearly 12 years; Senior Research Associate at The Polis Center at IUPUI where he was assistant editor of the Encyclopedia of Indianapolis; the Sagamore Institute for Policy Research where he served as director of research and senior fellow; and Conner Prairie where he began his career in state and local history as the museum’s senior historian.

David is active in community service and currently serves on the Meridian Street Preservation Commission in Indianapolis and as Marion County (IN) Historian.  He received his Master’s Degree and Ph.D. in 19th-century U.S. History from Kent State University.  He has a Bachelor’s Degree from Calvin College in Grand Rapids, Michigan.   David’s wife Sheryl also is a historian who specializes in food history, museum education, and historic preservation.

The Monroe County History Center is home to the Monroe County Historical Society, which was formed in 1905 and incorporated in 1973.  The Historical Society acquired Bloomington’s 1918 Carnegie Public Library in 1994 and constructed a 12,000 sq. ft. addition, which houses administrative offices, exhibition space, collection storage, and a museum store.