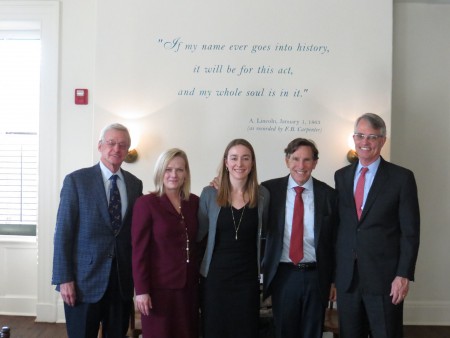 Over the past few years, the National Trust has been working to develop new models of stewardship to ensure the long-term sustainability of its historic sites and house museums, one of the largest segments of museums in the United States. One of the National Trust’s primary objectives for the 21 historic sites that it owns is to transition them to governance by boards that are rooted in each site’s community of supporters and stakeholders. As President Lincoln’s Cottage’s board has grown in strength and capacity, the National Trust anticipated that the site’s transition to co-stewardship would soon follow.

“Nobody knows what resources President Lincoln’s Cottage needs to flourish more than the local community and stakeholders, who are on-site every day,” said Stephanie K. Meeks, president and CEO of the National Trust for Historic Preservation. “We are delighted that President Lincoln’s Cottage at the Soldier’s Home has offered to step up and take the reins. They are rising to the challenge of managing and operating this important home, and preserving it for the future both as a touchstone of the past and source of inspiration for the future.” 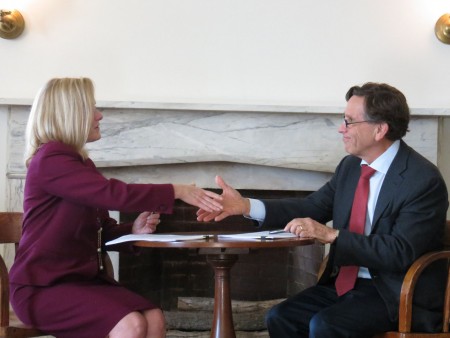 President Lincoln’s Cottage is recognized as a leader in the field, garnering national awards for preservation, education, and museum technology. “Through our programs, 362 days out of the year, President Lincoln’s Cottage demonstrates that Lincoln’s fight for liberty is not a relic of history, but a struggle for the present and future.” said Erin Carlson Mast, Executive Director of the Cottage. “As a newly independent organization, with a wonderfully supportive, national board, we are excited by the possibilities to expand our impact on the community and be the home for brave ideas our world needs today.”

President Lincoln’s Cottage, “the Cradle of the Emancipation Proclamation,” is located on the grounds of the Armed Forces Retirement Home in Washington, DC. While living here for more than a quarter of his presidency, Abraham Lincoln bonded with soldiers and veterans, made crucial decisions about the Civil War, and, most notably, developed the Emancipation Proclamation his first summer in residence. His daily commute put him in regular contact with wounded soldiers and selfemancipated men, women, and children. Today, the site offers an intimate, never-before-seen view of Abraham Lincoln’s presidency and private life, and new perspectives on the influential ideas Lincoln developed while living here.