Public History and the Changing Nature of Faith

Public History and the Changing Nature of Faith 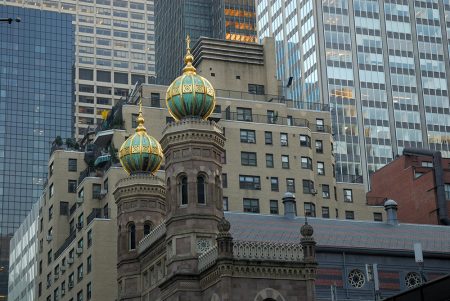 As a Divinity school student with a focus on public history and the history of religion, I talk a great deal about what religion is in my classes. We continually grapple with questions like: how do we categorize religion? What’s the difference between theology, religion, and philosophy? Can religious experiences truly be compared to each other? Are they reducible to a common experience? Are myths still sacred or have they somehow lost that sacredness over time?

According to a 2015 PEWs study mentioned in one of the earlier blogs, the U.S. public is becoming less religious (see the study here). Surveys about religion are always tricky because the definition of religion is tricky. For example, the “none” category on the survey applies to several groups of people. While some (many?) of the “none”s are not affiliated with any religious tradition, some people in evangelical groups also identify themselves as “none” because they do not see themselves as affiliated with a religious organization. As they see it, their faith is a relationship between themselves and God, and is independent of an organization (source).

I bring this up because the definition of religion is important to religious history and its relevance, especially if people think religion is disappearing. To know if religion is disappearing (and not just morphing and changing), we need to know what it is. Catherine Albanese, a professor of Religious Studies at the University of California, Santa Barbra, defines religion as “a system of symbols by means of which people orient themselves in the world with reference to both ordinary and extraordinary powers.”  To her definition, I would add that symbols come along with stories that explain them (these can be called myths, scripture, divine revelations, or any number of other things). I like this (combined) definition because it gives us flexibility to embrace a range of religious expressions as we look at religious history and what it can mean in the future. 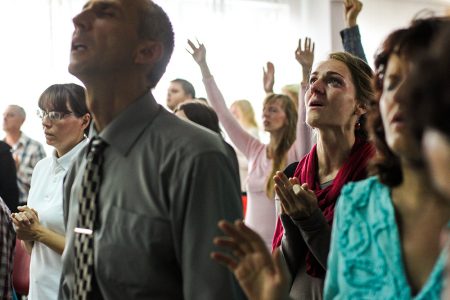 Religion does not look the same as it always has. In fact, it never has looked the same. Part of the story of religious history is that religion changes, however incrementally. Although what religion looks like may be changing, the orienting of people towards ordinary and extraordinary powers is not going away. A recent article by the BBC explored how smart phones and social media are changing the way Christians read the Bible and relate to churches (here’s the link to the article). They posit some very significant ways Biblical interpretation is changing, which will in turn have an effect on the theology and religious practice.

Part of the relevance of religious history is helping people see the changes in religious traditions, religious practice, and religious thought. If nothing else, it will help them be more aware of and intentional about the changes to religious life that are happening in their own time. Religious history can offer nuance to the claim “religion is disappearing,” and encourage people to think broadly about the areas and the ways ideas and orientations to ordinary and extraordinary powers appear throughout our lives.