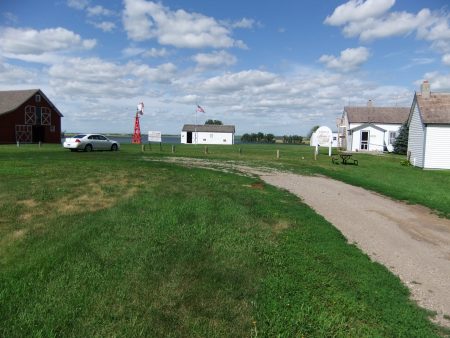 The Welk Homestead State Historic Site, a farm located near Strasburg in south central North Dakota, features a historic house, built in 1899 of sun-dried mud brick known locally as batsa. This is not a house of the wealthy, with beautiful decorative arts, but rather the comfortably and simply furnished house of an immigrant family— Germans from Russia—making a life on the northern Great Plains. The site’s main claim to fame is famous band leader and television personality Lawrence Welk, who was born in the house and lived on the farm until 1924, when he turned twenty-one.

The main floor of this one-and-a-half story house is less than six hundred square feet. Eight children and their parents lived here between 1899 and the 1920s. An outside stairway provides access to the upper level, used as a bedroom by the four boys and also as storage—perhaps for curing hams and sausages. There was no electricity or indoor plumbing; the outhouse or outdoor privy is just a short walk from the house. Other buildings include a summer kitchen, blacksmith shop, granary and buggy house, and a barn. 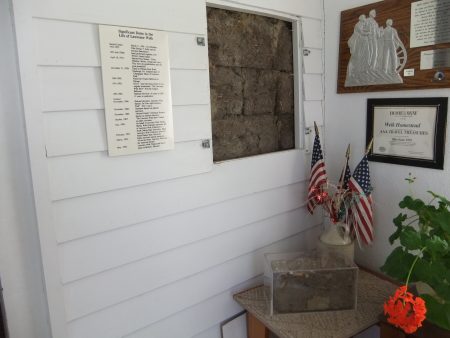 Portion of the interior wall with siding removed to show batsa (mud brick with one mud brick encased on table).  The size of the brick determined the thickness of the walls, in the case of this house approximately a foot thick.  Photo by Diane Rogness.

The State Historical Society of North Dakota (SHSND) acquired this rural property in 2015. The site was previously owned by Lawrence Welk’s nieces and managed by a private non-profit. Visitation had declined and the dedicated volunteers managing the site were aging. How do you revitalize a site after the main reason for its existence (Lawrence Welk) has lost its relevance?

SHSND decided to shift the focus of interpretation to include additional historically significant elements of the site, including the architecture of Germans from Russia and their farming practices.

The home provides a fascinating look at German-Russian construction.  Visit the Great Plains, and you’ll notice the lack of timber. For this 1890s couple, the closest railroad was fifty miles away over open prairie, so even shipped timber was hard to access. Homesteaders made do with materials at hand–mainly mud mixed with dried grass or hay and maybe some manure. This mixture was put in wooden forms and left to dry in the sun.  The home’s interior and exterior walls were built using these 12-inch thick bricks. Wood siding was applied to keep the bricks from deteriorating in the weather. The mud walls help keep the house cool in the summer and warm in the winter. These construction methods were learned on the Russian steppes, and it is ideal for the Great Plains. Indigenous tribes on the plains also built earth lodges hundreds of years. Green technology, anyone?

Another new focus is agriculture, still a top industry in North Dakota. The site was homesteaded in 1894 by Lawrence Welk’s parents, and their youngest son operated the farm from 1928 to 1965. During that time agriculture transitioned from a primary crop of wheat to more diversified crop use. Agriculture is still changing. This area of the state remains heavily dependent on agriculture to fuel the local economy. The site is surrounded by crop land (owned and farmed by a great-grandson of the original owners), giving us a unique opportunity to compare past and present agricultural practices.

Ethnic heritage is also a focus. Thirty percent of North Dakota’s population claim German from Russia as their nationality. In the tri-county area of this site, seventy to eighty percent of the residents still list their ethnicity as German or German from Russia on the census forms. For decades, this group of people has moved from Germany to Russia and to the United States and other countries, managing to retain their language, religion, customs, and food-ways. Visitors at the local coffee shop may still hear the distinct dialect of this group of Germans from Russia being spoken.

And of course, there is Lawrence Welk–popular with a mostly older audience. He made his fame elsewhere, not here on the farm. But visitors come to see where he started, how he grew up, and how he lived. And yet–some younger visitors also recognize his name and fame. Two girls visiting the site last year, ages six and eight, were very excited to be there. They watch the Lawrence Welk show every Saturday night (airing nationally since 1955; check local PBS stations for times) and dance to the music.

By expanding the site’s story and adding new programs, we increased visitation during our first year. We’re optimistic that continuing to add historic connections appealing to a broader audience will help us engage a new generation of visitors. 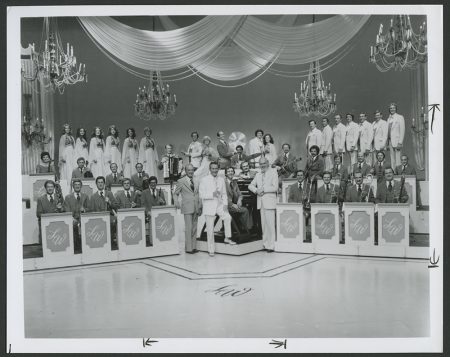 Hosted by big band leader Lawrence Welk from Strasburg, ND, the Lawrence Welk Show ran nationally on the ABC network from 1955 to 1971, and first-run syndication from 1971 to 1982. The shows are still airing on PBS.