AASLH is pleased to announce our featured speakers for the 2015 Annual Meeting in Louisville, KY, on September 16-19. We have great speakers lined up for you. Registration will open soon, so make plans now to attend. 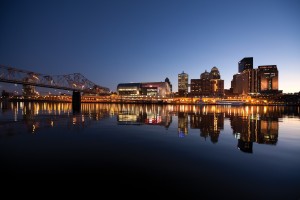 Sam Wineburg, Thursday’s Keynote Speaker, is the Margaret Jacks Professor of Education and a professor of history, by courtesy, at Stanford University, where he directs the doctoral program in history education as part of the Stanford History Education Group. His Historical Thinking and Other Unnatural Acts: Charting the Future of Teaching the Past (2001) won the Association of American Colleges and Universities’ Frederic W. Ness Book Award for the work that “best illuminates the goals and practices of a contemporary liberal education.” He has also received, with his collaborators, the James Harvey Robinson Prize and the William Gilbert Award from the American Historical Association.

Friday’s session will be a discussion with author Wendell Berry and Kentucky state historian Dr. James C. Klotter moderated by KET personality Renee Shaw. Berry and Klotter will discuss the importance of studying the past as a way to prepare for the future. Berry is an author, and Kentucky treasure, famous for his writings on nature and ecology. Klotter received his Ph.D. in history from the University of Kentucky. He is the author, coauthor, or editor of almost twenty prize-winning books, including the standard works on Kentucky used at the elementary, secondary, and college level. Shaw is the host of Connections with Renee Shaw on Kentucky Educational Television.

The Awards Banquet will feature Carol Kammen, author of Zen and the Art of Local History, The Encyclopedia of Local History and regular columnist for History News. In addition, she received the AASLH Award of Distinction in 2007. She has taught for many years at Cornell University and serves as the Tompkins County historian.

Make plans now to join us in Louisville in September!