Submit a Session for AASLH 2018

Submit a Session for AASLH 2018 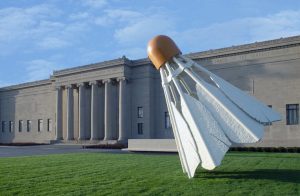 The American Association for State and Local History (AASLH) will present its 2018 annual meeting in Kansas City, MO, from September 26-29. Deadline for submissions is December 8.

AASLH is now accepting proposals for sessions and workshops.

Museums and history sites have been ranked among America’s most trusted institutions in an age where trust continues to erode and truth sometimes becomes murky. Our history organizations maintain the trust if we continue to tell the truth. But what is truth when our work is based on interpretation of the historical evidence and interpretations change? How do people know what to believe?

We in the history field know that truth is based on an underlying complexity and on multiple perspectives and sources. It is our responsibility to help our audiences to see that complexity and to understand how we reach our conclusions based on solid historical research. It is also our responsibility to provide a forum where people can come together to explore the complexity of the past. We demonstrate our relevance to society when we dig into historical evidence, question its validity and provide much-needed historical context in relation to contemporary issues that impact the world around us.

Are there consequences to avoiding the complexity of the past? What do they look like? How is society impacted when we fail to show multiple perspectives and the gray areas of history? What are specific challenges to showing complexity? Are there costs? It is often risky to tell stories people don’t want to hear. Could we do a better job at explaining how we do research and teaching how to be critical thinkers?  What does that look like?

Our host city, Kansas City, offers a rich complexity that permeates its past. From native Missouri, Oto, Kansa and Osage lands, the region became a crossroads of French traders and settlers traveling west on the Oregon, California and Santa Fe trails. The Kansas-Missouri border became the first battlefield of the Civil War, and in many respects the border war continues today. The swirling parade of historical figures includes Latter-day Saints, explorers Lewis and Clark, President Harry Truman, the Kansas City Monarchs Negro Leagues baseball team and stars Satchel Paige and Jackie Robinson, and Amelia Earhart from nearby Atchison, Kansas. Its central location led to it becoming the second busiest railroad center in the country, and soon its booming stockyards led to famous Kansas City steak. Kansas City became the center of jazz music. It had no equal, mainly due to the willingness during prohibition of the political boss Tom Pendergast to all alcohol to flow.

And after World War I, Kansas City quickly raised more than $2.5 million in just ten days to build a memorial to honor the Great War. As President Calvin Coolidge noted upon its dedication in 1926, “[The Liberty Memorial] has not been raised to commemorate war and victory, but rather the results of war and victory which are embodied in peace and liberty…. Today I return in order that I may place the official sanction of the national government upon one of the most elaborate and impressive memorials that adorn our country.”

The city has also struggled with racial segregation, and today remains as one of the more segregated U.S. cities. Nationally known developer J.C. Nichols introduced and perfected racial housing restrictions in the 1910s. As Kansas City continued to grow and new suburban housing flourished in neighboring Kansas, federal housing policies cemented the racial segregation. The Johnson County (KS) Museum unravels how that history has impacted the metropolitan region while acknowledging the experiences of its largely white homogenous population.

Today, the city’s heritage unfolds in a wide variety of museums, performing arts, and entertainment venues, a great bar and food scene – and some of the best BBQ in the country. Its creative spirit is captured in its economic and business development. Businesses such as Garmin, Hallmark, H & R Block, and Sprint find their roots there, and spur new businesses and entrepreneurial ventures.

Truth or Consequences is a thread woven through the stories told in many of its cultural institutions – stories found in the Negro Leagues Baseball Museum, Truman Presidential Library, and American Jazz Museum. The National World War I Museum and Memorial plays a proud role in the global centennial commemoration of World War I where Truth or Consequences continues to be examined as the war’s enduring impact continues.

As we face the challenges of teaching truth and revealing complexity and many perspectives, Kansas City serves as a perfect place to gather and learn from each other.

Deadline for session proposals is December 8.

Learn more about submitting a session and how to submit online.