Notable Books for a Global Society: A Selected Bibliography of Books Featuring the Histories of Strong Women and Girls

Notable Books for a Global Society: A Selected Bibliography of Books Featuring the Histories of Strong Women and Girls 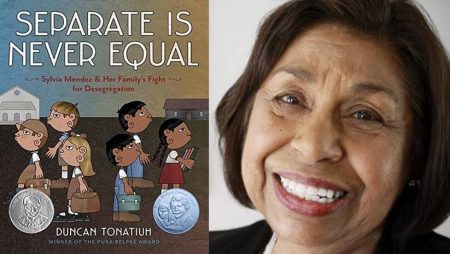 Notable Books for a Global Society

The Notable Books for a Global Society (NBGS) is a subcommittee of The Children’s Literature and Reading Special Interest Group which is affiliated with the International Literacy Association. Each year, the NBGS Committee chooses 25 books for grades Pre-K through Grade 12 that reflect diversity in the broadest sense, celebrating a wide variety of voices and topics. The women’s history books that we have highlighted here can be found on recent lists of Notable Books for a Global Society. While these titles are often used by classroom teachers and librarians, we feel that they can also be a valuable resource for museum educators and other staff at cultural centers, historic sites, and museums who wish to include diverse stories and perspectives into their interpretation and programming.

It is the opinion of the authors that our interest in women’s history and our mentorship of young feminists often starts too late. Therefore, it is essential that we engage girls (and boys) at an early age as students of women’s history. In Janet’s work as an author and poet, and Suzii and Nita’s work as teacher educators, we see our audience diversifying very quickly. And as our shared experiences and awareness of the world grow, we feel that it is increasingly important for American children to learn about women and girls in other parts of the world—something that unfortunately has become less likely to happen in classrooms facing curriculum constraints. This is where public educational programs and institutions like museums can step up and engage communities of learners with something as simple as holding a read-aloud of a picture book, sharing resources with teachers, visitors, and museum staff, and starting a discussion about how we make meaning. In this article we recommend a selection of books written for young readers that can be shared in their entirety, or with short but effective excerpts in ten minutes or less.

Books for Youngest Readers (ages 4 and up) 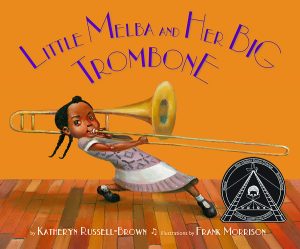 Jazz legend Melba Liston was a self-taught musical prodigy who overcame racism and sexism to become one of the first prominent female black instrumentalists in jazz, playing trombone with Dizzy Gillespie, the Sweethearts of Rhythm, and more.

—Play a recording of Melba Liston playing the blues

—Compare Melba Liston’s recordings to other popular trombonists of the same era, such as Duke Ellington’s band or Glenn Miller’s band.

—Show videos of various popular dances of the 1930s and 1940s, or share excerpts from additional picture books such as Sweethearts of Rhythm by Marilyn Nelson or Josephine: The Dazzling Life of Josephine Baker by Patricia Hruby Powell. Trivia note: Josephine Baker played trombone as a young teen in a traveling band.

Mendez v. Westminster was a landmark school desegregation case decided in 1946, years before Brown v. Board of Education (1954). The focus of Mendez was third grader Sylvia Mendez, who was prohibited from attending her neighborhood school. The Mendez family organized parents and, with the help of civil rights organizations, ended segregated education in California.

—Watch an 8-minute video about the Sylvia Mendez case.

—Learn more about Sylvia Mendez and her family.

—Discuss the civil rights movement further with excerpts from Freedom Summer by Deborah Wiles, a novel about a Mississippi town’s resistance to legally-mandated desegregation.

Books for Intermediate Readers (Grades 3 and up) 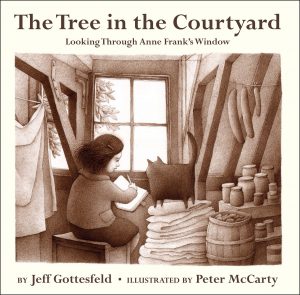 This is the story of Anne Frank as told through the perspective of a chestnut tree outside of Anne Frank’s hiding place in the attic. With detailed sepia illustrations that are very appropriate to the time, the tree details the atrocities Anne and her family faced during the reign of Hitler and the tragedy of the Holocaust. Just as Anne died, the chestnut tree in the courtyard also died; but just as Anne’s story lives on, so do the seeds and branches of the chestnut tree. People have planted the seeds all over the world and those trees help to make sure the story of Anne Frank never dies.

Fannie Lou Hamer was born on a cotton plantation in Mississippi in 1917. Fannie Lou’s mother was “a strong woman” who taught her, “I want you to respect yourself as a Black child, and as you get older, you respect yourself as a Black woman. If you respect yourself enough, other people will have to respect you.” Through a series of narrative poems crafted in Hamer’s voice, Weatherford chronicles Fannie Lou’s lifelong fight to gain black people “a seat at the table.” Dubbed by Malcolm X as “the country’s number one freedom-fighting woman,” Fannie Lou Hamer stood up, spoke out, and fought for change. When out-of-state activists asked for local blacks to register to vote, Fannie Lou volunteered. As she and other civil rights workers faced horrific violence, she told her stories and sang her songs to encourage them to stay the course: “The others said it was my singing what brought them through.” She helped found the Mississippi Democratic Freedom Party and took their argument to the 1964 Democratic National Convention. When that speech was televised, “support swelled like a storm cloud,” but Fannie Lou Hamer had more to say, more to do. Weatherford tells us that Hamer “spoke at rallies and on college campuses, moving audiences with her booming voice and soulful singing.” Her tireless work for registration rights helped usher in the 1965 Voting Rights Act. She spoke, sang, and marched, working toward a world where every voice mattered and every person was free. Racism, she told the crowds, is “America’s problem,” and “none of us are truly free until all of us are free.” Weatherford’s poems weave together strands from Hamer’s words and life, and Ekua Holmes illustrates them with movement and spirit. This powerful woman’s story is one we all need to know, with a message we all need to hear again and again.

Ruth Bader Ginsburg was the first Jewish woman to serve as justice of the United States Supreme Court. In this vividly illustrated biographical picture book, Ginsburg’s life is chronicled from her childhood to her current work as one of three women on the Supreme Court. As a child, Ginsburg’s mother made sure she experienced a variety of opportunities related to learning and becoming whoever she wanted to be in life. Ginsburg kept those possibilities in mind when she became one of the only women in her law school class, and as she married and started her family. Even though her husband, also a lawyer, became ill and needed her help, she continued to tirelessly pursue her own career and fight for what was fair and just for all. Ginsburg has indeed made her mark on the world, and her work is highlighted carefully in this book.

Books for Older Readers (Grades 5 and up) 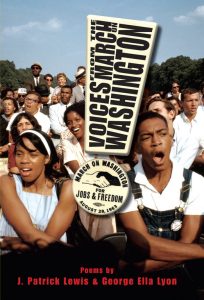 In 70 poems, historical and imagined participants—chosen or created by Lewis and Lyon to reflect different races, ages, backgrounds, and motivation—share their thoughts before, during, and after they join 250,000 others at the 1963 March on Washington. One compelling question that is raised by this book: Whose voices, whose histories, remain unheard? One compelling imagined participant is a first grader from Arkansas who is shocked to be permitted to use the same water fountain as a white girl until her daddy explains, “That’s what this / is about.” The hope is that young readers will agree with Lyon: “While we’ve come a long way toward equality in fifty years, we’ve still got a long way to go.”

—Show and discuss a video about the March on Washington produced by the National Museum of African American History and Culture (NMAAHC).

—Read Poetry for Children’s feature piece and interview with authors J. Patrick Lewis, George Ella Lyon, and their editor Rebecca Davis for insight on the creation of this book and an extensive list of curriculum connections: 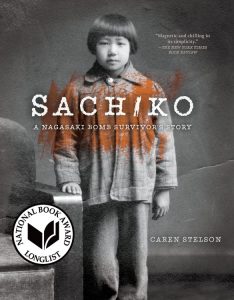 When the atomic bomb was used by the United States near the end of World War II, World War II soon ended. Too often in the United States, we hear about the horrific bombing of Hiroshima, but not as much about the bombing of Nagasaki. Sachiko is the story of a child in Nagasaki who lived through the bombing of her city. With archival photographs and detailed research included in the author’s note, source notes, acknowledgements, and glossary, Sachiko’s life is detailed. Sachiko was an activist for peace and social justice and her work to rebuild Japan will engage readers.

—Help students find photographs of Japan prior to World War II. Actual photographs of early 20th century Nagasaki are available in the book as a starting point for discussions about the people and livelihoods of people in this region.

To learn more about the books that we have highlighted here, see NBGS’ annual booklists, and to receive copies of The Dragon Lode, a journal on teaching children’s literature and reading, please visit the Notable Books for a Global Society (NBGS) site and consider joining the Children’s Literature and Reading Special Interest Group (SIG) of the International Literacy Association.

Together, reader by reader, girl by strong girl, in Women’s History Month and all throughout the year, we can raise an informed and inspired new generation of advocates of feminism and students of women’s history.

About the Blog Authors:

Dr. Suzii Christian Parsons is an associate professor and the Jacques Munroe Professor of Reading and Literacy at Oklahoma State University. Dr. Parsons teaches undergraduate and graduate courses on literature for children and adolescents and on K-12 reading and language arts instruction, all infused with explorations of cultural diversity and social equity.  Her recent research focuses on depictions of adoption in young adult literature and on using young adult literature to help pre-service teachers prepare to teach in diverse communities. A passionate promoter of quality literature for young readers, Dr. Parsons has served on numerous book award committees and is the President-Elect of the International Literacy Association Children’s Literature and Reading Special Interest Group.

Dr. Renita Schmidt is an associate professor in the College of Education at the University of Iowa.  She teaches literacy courses in elementary education and qualitative research methods.  Schmidt is also the co-director of a book program called Strong Girls Read Strong Books, where 4th-6th grade girls explore what it means to be a strong girl.  She is the current chair of the Notable Books for a Global Society Committee.

Janet Wong is a graduate of Yale Law School and former lawyer who switched careers and became a children’s poet. Her dramatic career change has been featured on The Oprah Winfrey Show, CNN’s Paula Zahn Show, and Radical Sabbatical. She is the author of 30 books for children and teens on a wide variety of subjects, including writing and revision, dumpster diving, diversity, and chess. Wong is a past chair of the Notable Books for a Global Society.