The Path to Cultural Sensitivity? Inclusion and Co-Curation

The Path to Cultural Sensitivity? Inclusion and Co-Curation 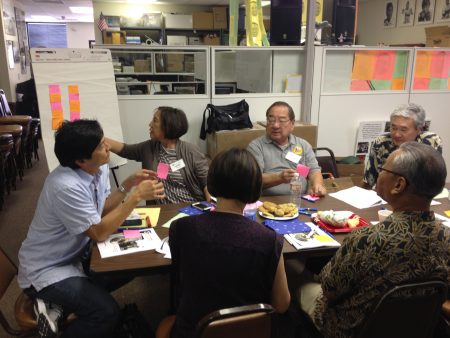 Interpretation has come a long way. In the past few decades, interpretive exhibits and programs have finally shifted to become more sensitive to minority peoples, groups, and cultures. But is it enough? Have interpretive sites fully realized a vision of equality, tolerance, and full inclusion? Or are we still just scratching the surface?

Too often, interpretation is still directed by curators, interpreters, and institutions who are not themselves part of the group being interpreted. Those in authority often fail to include representatives of the minority groups in the decision making. The resulting interpretation is not truly culturally sensitive, and it fails to be relevant or captivating to visitors who are part of that minority.

So how do we in the historical field fix this? The answer is simple: we must include members of minority groups in our planning and decision-making at all stages. The only true path to culturally sensitive interpretation is through inclusion and co-curation. In other words, interpreters need to actively seek out help from the minority groups that they are interpreting, and even give up a large degree of authorship to the groups themselves. Crucial decision-making authority must be shared to decide what content is included, how it is displayed, and even what the overall themes should be.

In 2016, Go For Broke National Education Center (GFBNEC) in Los Angeles opened its first ever permanent exhibition, The Defining Courage Experience. GFBNEC is a veterans nonprofit honoring the Japanese American soldiers who fought for our country in World War II. I was brought on in 2014 to lead the creation of the exhibition, which was meant to be an inclusive and co-curated experience directed by dozens of Japanese American groups and hundreds of people throughout the country. From our earliest planning stages up through opening day, we gave Japanese American WWII veterans and their families ongoing opportunities to decide upon the exhibition’s content, its methods of display, and its major themes. The result was a truly community-built exhibition directed by Japanese American veterans, scholars, educators, and students throughout the country.

I myself am not Japanese American or a military veteran. When I first began leading the project, I was afraid that I could not truly represent the veterans’ stories. I myself could never have told their story in a correct, captivating, and relevant enough manner. I needed to give the veterans and their families the authority to make decisions on content, to select preferred display methods, and to inform me of their preferred themes. I traveled to 7 different communities, from Honolulu in the west to Washington D.C. in the east, gathering together groups of local Japanese American veterans, family members, educators, and students. I convened focus groups of Los Angeles-area stakeholders. I presented – and re-presented, and re-presented again – plans as the exhibition moved forward. I listened to the veterans themselves and let them make many of the important decisions.

At times it was difficult to work with so many contributors, simply because there were so many great ideas to include, so many stories, so many themes. We managed this process in two ways. First, after the planning meetings with every stakeholder and community group, we initiated smaller “working groups” that included representatives from each larger contingent. Working in these more intimate small groups helped us narrow down the content into a workable amount. Secondly, and just as importantly, we then updated every individual member of every larger stakeholder group, keeping them abreast of any changes that these smaller “working groups” had made. Thus, we were able to move forward in selecting our content, while still keeping every single participant involved. 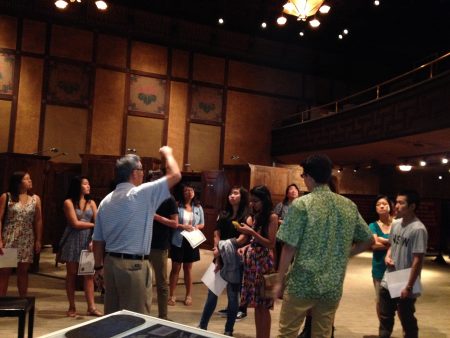 When The Defining Courage Experience opened after three years of hard work, I was almost in tears as I saw hundreds of the exhibition’s “authors” walk through the doors on opening day. I got chills as I saw them recognize their own stories in the space. They themselves had worked hard for years planning this exhibition, and our decision to give them authorship resulted in an interpretive experience truly beyond what we could have created ourselves.

I now work at Taylor Studios, Inc., as an interpretive planner. As we design exhibits for museums and nature centers throughout the country, I try first and foremost to include minority groups in planning and content-creation whenever our exhibits interpret their history and culture. This is important for all of us in this field, regardless of where we work or whom we work for. I am often asked, “Isn’t it a hassle to share authority when creating an exhibit or program?” My answer is always the same: sharing authority might be a lot of work, but it is unquestionably worth it. By letting the groups that I’m interpreting have actual authorship, the end result is a far more relevant and inclusive experience.

Editor’s Note: For more on a similar shared-authority project, download a free recording of AASLH’s webinar on the award-winning We are Hmong Minnesota exhibit created by the Minnesota Historical Society and local Hmong partners. You can also learn more about that project by checking out their award-winner page on our website.