They Took Them to a Museum: A Reflection on Sites of Conscience

They Took Them to a Museum: A Reflection on Sites of Conscience

Sometimes our professional and personal lives collide in extraordinary ways. I was at a service at my church where a friend who works for Operation Christmas Child  was sharing of her experience in traveling to Rwanda in April to distribute school supplies and toys in shoe boxes to children in the country. When the team arrived, the country was in the midst of the 20-year remembrance of the atrocities committed during the Rwandan genocide in 1994. The hosts for the distribution team wanted them to understand what a profound effect these tragic events had in shaping modern Rwanda and the villages where they would be distributing shoe boxes. 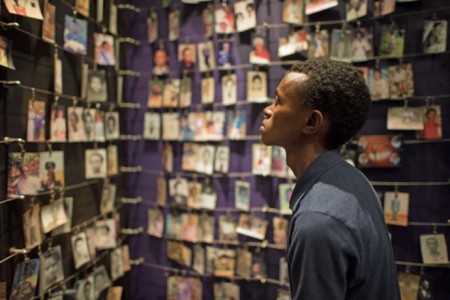 Survivor Reflects in the Galleries at Kigali Memorial Centre

So, the first place they took them was a museum—the Kigali Memorial Centre. According to the museum’s website, “The Kigali Memorial Centre was opened on the 10th Anniversary of the Rwandan Genocide, in April 2004. The Centre is built on a site where over 250,000 people are buried. These graves are a clear reminder of the cost of ignorance.” The Rwandan people wanted these Americans who were coming to their country to feel the pain of their past and honor the dead. They also wanted them to know there is hope for the future. So, they took them to a museum.

My friend shared of the power of standing in this place where events that can only be described as pure horror occurred. She talked about how the stories told in the Kigali Memorial Centre connected her to the people of Rwanda before she really met them and how it gave her a deeper understanding of the place where she would be serving for the week. 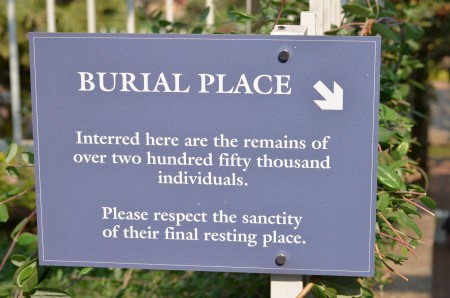 As she was talking, I thought, “This is the power of a history museum.” Most people will never pick up a 300-page history book to read about the story of the over one million people killed in the Rwandan genocide and if they did, they would probably not feel a personal connection. People who stand in the children’s memorial exhibit in Kigali and see photographs and clothing from the children killed during the genocide will never forget it. They cannot help but make a personal connection.

Kigali is just one of the many museums across the world that interprets difficult history in order to help us understand painful events. AASLH is proud to have partnered with the International Coalition of Sites of Conscience for our 2013 Annual Meeting in Birmingham. The Kigali Memorial Centre is one of their member museums. The mission of the coalition is to activate “the power of places of memory to engage the public in connecting past and present in order to envision and shape a more just and humane future.” The sites of the coalition and the staff who work for them do inspirational work around the globe to give people, like my friend, a chance to learn from difficult events of the past.

So, what does this story mean for you? Think about your history organization. How can you be used to introduce visitors, as well as new residents, to your community? What stories are you telling? Are they the ones that truly shaped your community or just the ones that are “chamber of commerce-friendly”? Hopefully, none of us will ever have to tell the story of the slaughter of 250,000 people on our site, but we should be telling other stories, even if they are controversial. How else are we to help our audience connect the past to the present and make a better future?

Bethany L. Hawkins is Program Manager for AASLH. She can be reached at [email protected]