Last July, I wrote a post called “Approaching Docent Training.”  I talked about how we were in the middle of a massive renovation at the Detroit Historical Museum, and that I had to develop all new interpretive manuals and training for our volunteer docents.

I decided that I wasn’t going to write these new interpretation materials alone.  I have set up brainstorming sessions this August for any docent who would like to come.  We will talk through the learning goals of the exhibits, go over a lot of historical content, and make decisions as a group on how it can best be interpreted to the public.

And I promised to let you all know how it went.  That’s what this post is about. 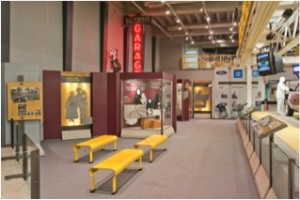 So, overall, the process was very beneficial, but the outcomes were not at all what I had intended.  Suffice to say, there were a few hiccups, er, I mean “learning experiences.” The main problem was that ongoing construction mandated that we hold the meetings offsite at our maritime museum.  I spent most of the meeting time talking them through the exhibit flow and content, while showing slightly outdated renderings and design drawings.  And naturally, they had a lot of questions.

Despite the inherent challenges in doing hands-on training without the hands-on, the “talkthroughs” had their benefits. One of our building operators, who was at the museum during the meeting, remarked to me afterwards, “I am so glad I sat in.  I feel like I finally understand what we’ve been doing these past few months.” (Mental note to myself: internal communication needs some tweaking. But that’s a blog post for another time.)

After the overviews, I divided the docents into small groups and gave them each one of learning goals developed for the exhibits.  I asked them to work together to develop “talking points” they could use in their tours.

This is where the second “learning experience” came into play.  The docents had a lot of content knowledge on the exhibits that were being renovated, like Detroit’s automobile manufacturing history.  On those days, the meetings were easy and the idea swapping flowed.  On the days where the exhibits were new, like Detroit’s role in war production during World War II, the docents were more tentative.  The content was largely new to them.  During those meetings, we spent a lot of time talking through the history as a group instead of brainstorming interpretive techniques. 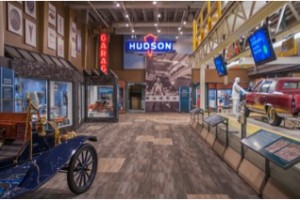 In the end, their input did not help me develop the new interpretive manuals.  I ended writing those myself.  However, the unintended outcomes were valuable.  Our volunteer docents had a chance to talk about and process the new content.  They built rapport with each other, and for the more contemporary exhibit content, they had enlivened discussions about their memories.

In the end, the docents LEARNED.  They became invested in the new exhibits and their content.  And although they didn’t get a chance to see the new museum until the week before it opened, they had a level of comfort with the content on day one.

In December, we closed our maritime history museum for its turn at a renovation.  It will re-open in May.  So, this past Monday I hosted our docent training on the new exhibits, again offsite with renderings and drawings.  But this time I did it a little differently.  Our Manager of Visitor Services made sure to invite his staff, the folks that are on the “front lines” and in the museums with the public.  And instead of brainstorming sessions, we just had a conversation.  I listened to their ideas, helped clarify content, and assuaged their concerns.  It went well.  I may be staying up late to draft the interpretive manuals, but at least I know that our staff and our docents are feeling more confident about the changes, and are prepared to do what they do best: share their enthusiasm for history with our visitors.