Volunteers Are Human, Too

Volunteers Are Human, Too

We all have them: dedicated, enthusiastic do-gooders who will do anything—ANYTHING!—for your historic site. These people will mend curtains, do laundry, polish silver, and cut up old Christmas cards for kids’ craft programs while sitting on their couch at home watching Downton Abbey.

We call them VOLUNTEERS, and they are the lifeblood of our historic sites’ existence. We need them and must cultivate trusting relationships with them. 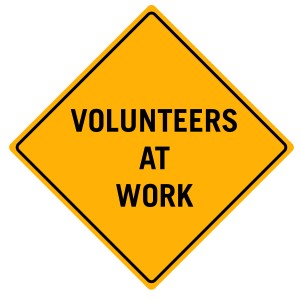 Indiana Landmarks restored Morris-Butler House in the mid-1960s, the organization’s first project and one that pleased benefactor Eli Lilly who had lives a stone’s throw away as a young man. Morris-Butler House opened to the public in 1969. Originally intended as a Victorian decorative arts museum and a place for entertaining and events, it eventually became a more restricted accredited “white glove” museum. Poor visitation, an increasingly common affliction of house museums caused Indiana Landmarks’ board to move away from the museum use to a flexible historic venue for programs, donor cultivation, and rental events.

Anticipating that longtime, invested volunteer and donor “Betty” (name changed) would have difficulty with this dramatic change, I invited her to sit down one day last year to discuss future plans for the museum whose history was intimately intertwined with hers. For an hour we discussed the future, her changing role, and how we would no longer have guided house tours, artifacts would be moved, and the rooms would be changed.

The conversation was open and transparent; I asked for her input and acknowledged her feelings about the change. Betty nodded her head and said she understood.

A few months later, as she had done for many years, Betty donned her white gloves and led the last house tour on the books. We were officially no longer a museum and had begun the process of moving artifacts around to adaptively reuse the space.

Passing by the formal parlor, I heard Betty say in an uncharacteristically desperate tone, “Well, we used to have a beautiful marble table here, but SOMEONE moved it!”

What to do? Betty began volunteering here when I was three years old.

After the tour, I talked to Betty and asked her how she was doing with the house’s dramatic function change.

“Well…I’m disappointed,” she said, “but I know it’s necessary, and I am still involved in other things.  Thanks for asking.”

Relationships are difficult; change is hard.  How do you navigate change and evolving volunteer relationships?

No matter what happens, keep moving forward. Remember that volunteers are human…and one of our greatest assets.

How do you cultivate meaningful volunteer relationships?

Gwendolen Raley is  the Museum and Heritage Tourism Director, Indiana Landmarks, Indianapolis, IN, and a member of the AASLH Historic House Museum Affinity Group Committee.