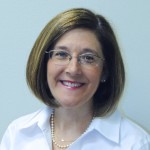 The 2013 Women of Distinction were nominated from across the council’s 23-parish jurisdiction, and were selected based on their remarkable achievements as business, community and civic leaders dedicated to supporting leadership opportunities for girls.

“The group of women selected this year have dedicated themselves to make our community a better place, demonstrating Girl Scout values in all they do,” said Jackie Alexander, CEO. “We invite our supporters to join us as we honor these extraordinary women for their accomplishments and dedication to girls.”

Dr. Julie Rose, director of the West Baton Rouge Museum in Port Allen, began her career in museums in 1980 after interning at the Smithsonian Institution’s National Portrait Gallery.  She worked as a curator of education for 25 years at museums in Washington, D.C., Tennessee, and Louisiana, and shepherded the accreditation for the West Baton Rouge Museum from the American Alliance of Museums (AAM), one of only 12 museums in Louisiana accredited by AAM.  She is currently an active member on many professional association boards as well as community groups, including serving as vice chairman for the American Association for State and Local History. A published author and speaker, her work on interpreting American slavery has impacted the nation’s museums to elevate and expand representations of slave life in the nation’s museums.

Dr. Rose, originally from New York City, was a Girl Scout Brownie before bridging to Girl Scouts in Queens, NY, and her daughter followed in her mom’s footsteps by becoming a Girl Scout at the Runnels School.  She has enjoyed volunteering at Magnolia Mound Plantation, the West Baton Rouge Chamber of Commerce, National Atchafalaya Heritage Area Commission, Louisiana Association of Museums, and the LSU Rural Life Museum, and is proud to call Baton Rouge her home for the past 15 years where she and her husband Kenny raised their three children.