Will the High Tide of a National Designation Raise All Women’s History Boats?

Will the High Tide of a National Designation Raise All Women’s History Boats? 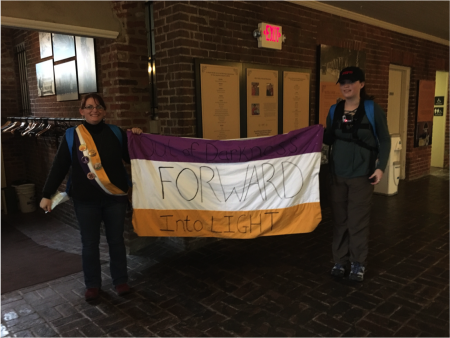 Will the high tide of a national designation raise all women’s history boats?

Just over one year ago, the former Sewall-Belmont House & Museum (SBHM) became the Belmont-Paul Women’s Equality National Monument (BEPA). The partnership with National Park Service is off to a great start and there are exciting joint projects in the works. The designation as a National Monument offers a significant level of recognition for the site and visitation has jumped accordingly—but I’m wondering will it benefit and even lead to an uptick of interest in other women’s history sites?

First some background: I work for the National Woman’s Party, (NWP) and until last year, we operated the SBHM in Washington DC. Founded in 1916 by Alice Paul to promote full equality for women, the NWP utilized peaceful protest methods that included picketing the White House, brought the 19th Amendment to fruition, and for many decades worked on policies and legislation empowering women, until pulling away from the role of political activism to operate as a museum by the late 1990’s.

As such, SBHM was the only museum that embodied women’s political history and the true arc of the 20th century women’s movement. The combination of the history deeply rooted in the community of political activists, an unparalleled archival collection, and historic building on Capitol Hill should have been a recipe for success. Unfortunately, competition for visitors and donations seemed to increase each year while our internal capacity waned. It seemed that within the cacophony of social media, 24-hour news cycles, and flurry of competing fundraising appeals, genuine sustainability would require a megaphone; and we were only whispering.

The designation brought significant operational changes to the NWP. We no longer own and run the museum as that falls under National Park Service, though we have retained ownership of the archival collection that consists (in part) of the banners used during those early protest marches and pickets at the White House.

But back to my original query—will the designation generate more interest in the field of women’s history?  While it is too early to have definitive data, I believe that it will. The weekend of the Women’s March on Washington brought hundreds of thousands of people to Washington DC, and almost two thousand made a pilgrimage to the new national monument. Many brought their own handmade signs and took selfies in front of the historic banners.

Overall visitation is up by close to 75%, and 180 Girl Scouts toured in just a single weekend. A recent Facebook Live session reached more than 270,000 people! It seems that the current public interest in civic engagement and social justice activism coupled with the unparalleled brand recognition of National Park Service have formed the perfect megaphone for sharing and expanding women’s history.

Want to write for the AASLH blog? Learn more and submit a post here.