Religion in Museums: The New Book

Religion in Museums: The New Book 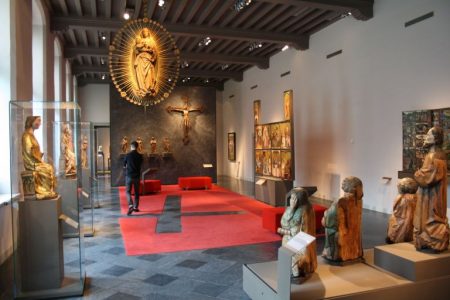 Just ten or so years ago museums almost entirely ignored religion. Sure, archaeology and anthropology museums paid attention, but most history museums presented little beyond the odd commemorative plaque or church plate. Often nothing about what local people actually did and do. And art museums converted every sacred object or religious picture they got into a ‘work of art’, and labelled it with title, date, artist, and medium. Nothing about what the painting was made for, how it was used when it still hung above the altar, or the inner meaning of the scene it represented.

But things have changed–and are changing–radically. More and more museums of all sorts are allowing the objects in their collections to speak about their original meanings and significance, and are reflecting the spiritual lives of their varied communities.

A couple of years ago I joined forces with Brent Plate of Hamilton College, Managing Editor of the journal Material Religion, and Gretchen Buggeln, of Valparaiso University, to edit a collection of essays: Religion in Museums. My own background is in smaller local history museums in southern England. 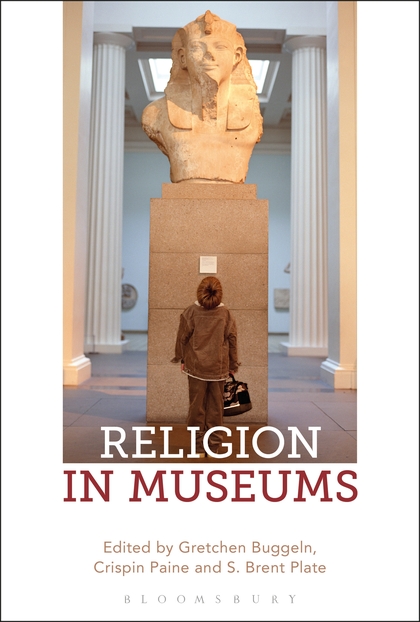 The book has just come out. Its aim is to look at what is going on in museums now, to point to some of the issues that arise when religion meets museum, and to speculate a bit about the future. We invited scholars from all over the world and from a variety of disciplines, but especially museum workers: curators, learning staff and conservators.

Why are museums nowadays taking religion so much more seriously? One reason is surely the urgent need in so many countries to help communities understand each other–and for many of us our religion is a vital part of who we are. Another is certainly the way religion has become such a huge topic in the media, and so enormously important politically. In my own part of the world the collapse of organized religion means that the vast majority of television-watchers or museum-goers have no familiarity with any sort of faith. Yet we all urgently need to understand, and this is happening against the backdrop of the extraordinary worldwide boom in museums and museum-going.

Topics covered in Religion in Museums include repatriation, conservation, architectural design, exhibition, heritage, missionary collections, curation, collections and display, and the visitor’s experience. We’ve tried, too, to include plenty of case studies covering all sorts of museums in all sorts of places.

The book includes 27 essays by contributors from all over the world, in six sections:

In the last one I was allowed to indulge a particular bee in my bonnet. The great majority of museums throughout the world are surely local history museums. True, that may be differently understood in Ireland to how it is understood in Thailand, for example, but generally the commonest museums are those that present the social history of a comparatively small area. This is my own background, so I felt free to draw attention to the failure of local museums generally to address religion. Of course, there are exceptions (by pure coincidence, my local museum is one), but these tend only to be museums which happen to have religious items–usually beautiful ones –in their collections. What is so often missing is the sort of local fieldwork that will reveal how local people do religion today, and the sort of displays that will tell the local community about itself and help local people to recognize themselves.

One thing such local research would, I suspect, probably reveal is that people do many more ‘religious’ things than is commonly imagined.

It might, too, reveal that people’s religious behavior is far less orthodox than ministers, priests, imams, rabbis and other ‘authorities’ might wish! Too often at present, when a museum does want to include something on religion in an exhibition, the curators turn to the leaders of the local churches, synagogues, mosques, temples or gurudwaras for advice. Of course, this is not to deplore such consultation; on the contrary, the comparatively new practice of consulting the originating community before putting an object on display is to be welcomed very warmly. Modern museums are rightly wary of trying to foist a particular understanding of their objects on the public–an understanding that can sometimes be alienating, even offensive, to people who feel a close relationship with those objects. Local research, though, will very probably reveal that what these leaders hope their flock believes and practices, may not be quite what they do in practice–may indeed be really very different.

I am calling, in other words, for sociological research and for museum displays to present what actually happens religiously locally, rather than what is supposed to happen. Such research is a guarantee that the rich diversity of our museums will remain, indeed grow richer yet. If in the future an art museum is planning an exhibition that involves ‘religious’ objects, it should surely employ a religious-studies specialist to ensure that that side of the story is told well, alongside the art-history and wider social-history story. A local museum planning an exhibition on social history needs to ensure that at least one person on the planning team understands the area’s religious history, and can tell that side of the story to people with little or no familiarity with it.

Of course it is easier to ignore difficult subjects, to leave them to the specialist museums, but don’t all museums have a responsibility to tell the story as accurately and as clearly as we can?