NEW ORLEANS – The National WWII Museum this week announced plans to return restored patrol-torpedo (PT) boat PT-305 to her home waters of Lake Pontchartrain, where she was originally tested by Higgins Industries more than 70 years ago. The Museum launched the first phase of the plan this week: a Kickstarter campaign to raise funds necessary to move PT-305 to the water, test her for passenger use and, for the first time, offer civilians the chance to take a ride on a fully restored combat-veteran PT boat – the fastest US naval ship in World War II.

The Kickstarter campaign, which has a crowdfunding goal of $100,000, is part of an overall effort to raise more than $500,000 to return PT-305 to the waterways. After funding is secured, the Museum plans to place PT-305 on a trailer, remove the entire front wall of her current home, the John E. Kushner Restoration Pavilion, and move the boat out to the Race Street Wharf where she will be placed on a barge on the Mississippi River. A tug will then pull the vessel to a facility on the Industrial Canal for sea trials. Following two to three months of testing, plans call for moving PT-305 to a new, permanent home – a custom-built boathouse located at South Shore Harbor near the New Orleans Lakefront Airport. 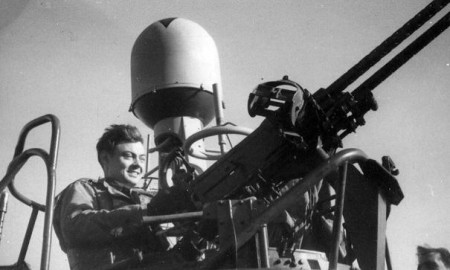 The transfer of PT-305 to water is the culmination of the Museum’s decade-long effort to restore her, over $3.3 million worth of in-kind and monetary donations, as well as more than 100,000 hours of work from a dedicated corps of over 200 volunteers. There, PT-305 will become a unique Museum experience: placing visitors on the very deck where members of the US Navy stood to attack Axis supply ships and troop transports, speeding over the waves just as PT-305’s crew did in the Mediterranean during the war.

PT boats played an essential and dramatic role in advancing America’s military campaigns in the aftermath of the attack on Pearl Harbor, which was a major blow to the Pacific Fleet. Today, just four combat-veteran PT boats still exist in the United States; of those, only PT-305 is fully restored and operational, complete with original-model engines. An operational PT-305 promises to become one of the Museum’s most exciting artifacts and teaching tools. 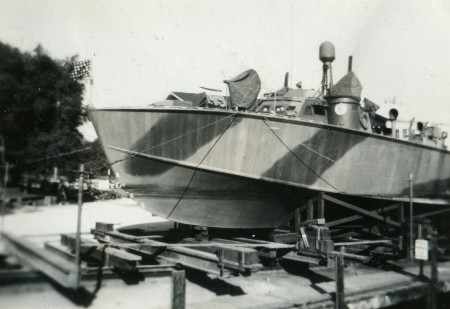 PT-305 in dry dock in New Orleans after her commissioning. Built by Higgins Industries in the spring of 1943, PT-305 was assigned to the Mediterranean in December 1943. Via National WWII Museum.

“The restoration of PT-305, like all Museum restoration projects, is aimed at making history accessible to today’s audiences in as detailed and authentic a way possible,” said Museum executive vice president and COO Stephen Watson. “By preserving significant artifacts such as the vessels on which the Greatest Generation served, the Museum is building the framework for tomorrow’s generations to connect with their service and sacrifice. As we embark, for the first time ever, on this kind of crowdfunding effort, we truly need all hands on deck to launch PT-305 and complete this important mission to honor our veterans’ legacies.”

Alongside the fundraising appeal, the Museum is asking for public support to help identify all living PT boat veterans and PT boat squadron support-base veterans. After reaching its Kickstarter goal, the institution plans to invite the veterans to take a celebratory ride on the type of ship they once called home – an opportunity which, given the advancing age of WWII veterans, is available to a diminishing number of WWII veterans. The Museum’s research team is also eager to capture as many PT-boat veteran stories as possible to add to the institution’s oral history collection.

Visit the PT-305 media webpage for additional resources, including images, video, a fact sheet and timeline. To back this project or send a PT boat veteran tip, visit pt305.org.